What a Difference a Penny Makes 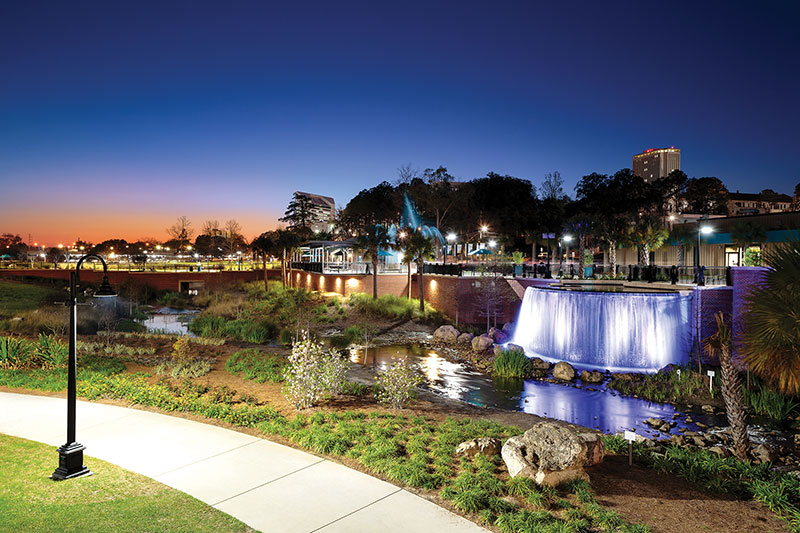 courtesy of OEV and Blueprint

As Tallahassee and Leon County have learned over the past few decades, it makes sense to mind your pennies.

Three different times since 1989, voters have approved adding a penny per dollar to the local sales tax to fund major road improvements and other infrastructure projects. With each iteration of the tax, local leaders, residents and staff members have refined the process, creatively planning together on how to get the most bang for those pennies.

Most counties in Florida also have approved an extra tax for improvements, most using them for roadways and facilities such as jails. Tallahassee-Leon County did much the same when the tax was first approved for 1989-1999. The money raised was divvied up between the city and county and used to pay for the Leon County Jail and major upgrades to Blairstone Road, Capital Circle Northeast and other roadway projects in the community.

In the run-up to the second vote held in 1999, a citizen’s group called the Economic Environmental Consensus Committee (EECC) favored the penny-per-dollar tax being extended but asked for more citizen oversight about the projects the penny would be used to build. “That’s when Blueprint 2000 was born,” says Autumn Calder, planning manager for what is now known as the Blueprint Intergovernmental Agency.

Also born was a “holistic” philosophy. This joint city-county effort would leverage the penny by partnering with other public entities and private developers to take a single improvement — a roadway, a stormwater pond or the like — and layer multiple benefits for the betterment of the community as a whole.

One of the biggest Blueprint 2000 projects was the widening of Capital Circle Southeast. Already in the plans for the Florida Department of Transportation, “for every one dollar that we spent of local sales tax revenues, we were able to obtain three dollars from the state to put toward the road improvements,” said Calder. “What we were able to do with that one dollar was implement the Blueprint holistic philosophy,” so stormwater ponds became visual amenities instead of eyesores, a multiple-use trail was added and the right of way was widened to be able to accommodate traffic for at least the next 50 years. “These are things that we as a community identified as priorities and were willing to fund through the sales tax,” is how she explained it.

Perhaps the most well-received project funded during the 15 years of Blueprint 2000 was downtown’s Cascades Park. Attempting to solve major drainage and flooding problems, a massive amount of stormwater storage would be required. But rather than just digging a holding pond, Blueprint money was used to create a 24-acre urban park that includes an amphitheater, walking trails, waterfall, memorials, playground, landscaping, dancing fountain and play area, and Florida’s prime meridian marker — the point from which all surveys in Florida begin.

It was immediately popular and reinvigorated a downtown area that was previously deserted after business hours.

After its 2014 opening, Cascades Park would go on to win two prestigious national awards from the American Public Works Association and the National Recreation and Park Association and serve as an inspiration statewide.

“Going around to other communities, you can see everybody’s starting to … take their stormwater ponds and turn them into amenities, like Depot Park in Gainesville,” Calder said. “The Blueprint Intergovernmental Agency and the citizen’s committee were so visionary in establishing this holistic philosophy. That was very innovative at the time, and now it’s not necessarily innovative anymore because all of these other communities are doing it.

“One of our biggest challenges … moving into these next 20 years is to continue to implement innovative approaches into our community projects,” she continued. “That’s the forward-thinking vision that Blueprint has always embodied and will continue to embrace into the next round of projects. That’s exciting.”

Although the latest tax approved doesn’t kick in until 2020, Blueprint still has its hands full, finishing up the Blueprint 2000 to-do list and ramping up for the 27 projects already earmarked for funding in the future. 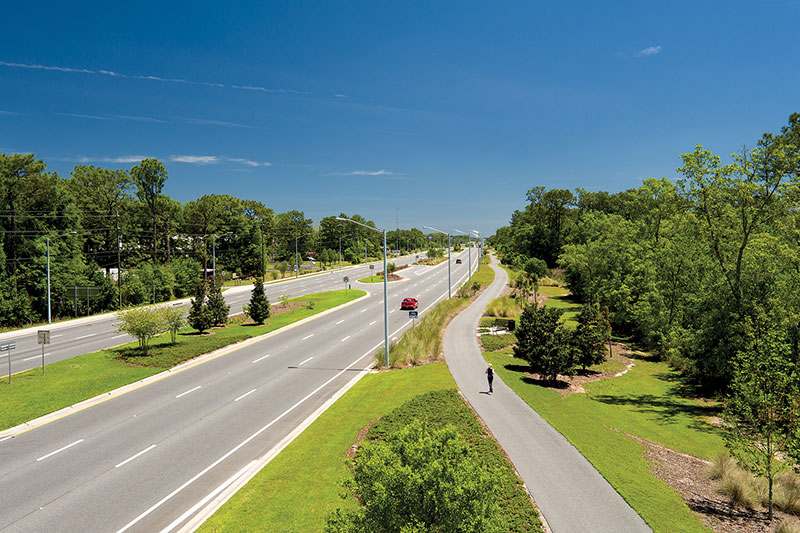 Penny sales-tax revenue added to state transportation funds enabled the widening of Capital Circle Southeast to be not only utilitarian for motor vehicles but also beautiful and useful to pedestrians and cyclists.

The 2020 list (see sidebar on previous page) was recently prioritized. No. 1 on the list is the completion of widening Capital Circle Southwest near Tallahassee International Airport. It was originally supposed to be a Blueprint 2000 project but was scuttled for years when sales tax revenues dropped during the Great Recession.

Unlike the previous two taxes, the 2020 plans earmark 12 percent of the money raised for economic development. With some funds set aside for the airport and a planned convention center, there will be an estimated $54 million allotted to the newly created Office of Economic Vitality. Also a joint city-county effort, OEV mirrors Blueprint’s holistic attitude to growing business by not only trying to attract businesses from outside the area, but also by working to help existing businesses connect, grow and prosper.

Calder said the 2020 program has more diversity that will “physically touch more parts of the community and … improve our quality of life by creating more spaces for people to live, work, play and connect.”

Even though the first funds won’t be generated for more than two years, the Blueprint team is already laying the groundwork for projects.

“One of the things we’re starting to think about now is the community and the outreach, how critical it is to start building relationships with the communities that (will be) impacted by our projects,” Calder said. By visiting neighborhood associations, businesses and others, they will learn who the local contacts are and their concerns. When it is time to sit down and start drawing up plans in the future, “we have something to start from,” she said. “It’s going to take some work, but I think we’re up to the task.”

The Blueprint Governmental Agency breaks down the 27 projects into these five general descriptions.

Gateways
Entryways to different parts of the community that “foster a unique sense of place.”

Community Enhancement
Projects that create special urban places which foster a sense of community, mostly what they call “placemaking.”

Quality of Life
Projects that promote public recreation and ecotourism while protecting and preserving the community’s environment and natural resources.

For in-depth descriptions of the projects and to view an interactive map, visit leonpenny.org.