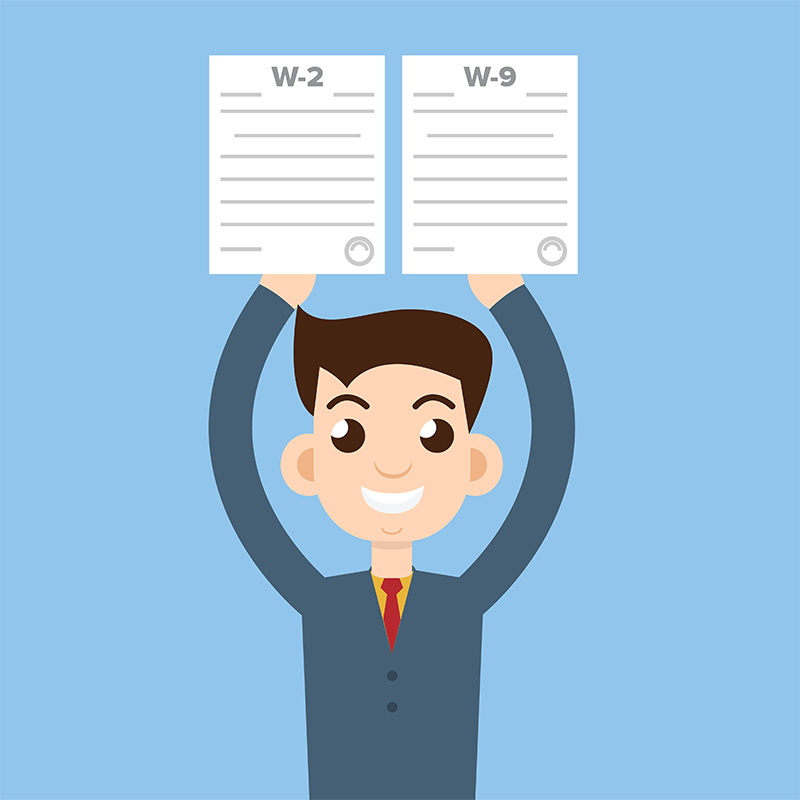 Whatever the reason — the gig economy, the millennial mindset, post-recession jitters, technological advances — more and more employers are foregoing the standard 40-hours-with-benefits worker and relying on independent contractors to get their businesses’ work done.

In many companies today, hiring 1099 workers (named for the IRS form sent at the end of the year) can be a sound practice. But, experts warn, employers should keep in mind that governmental agencies — including the IRS, U.S. Department of Labor (DOL), worker’s compensation and unemployment — have sometimes overlapping, often unclear definitions what constitutes an independent contractor. And “misclassifying” a worker can lead to a lawsuit.

After reviewing state studies and reports on the subject, a paper by the National Employment Law Project in 2012 estimated that 10 to 30 percent of employers misclassify their employees as independent contractors. The NELP also concluded the reports they studied “most likely underestimate the true scope of misclassification.”

“Unlike some areas of the law where you have a bright light test that you could look at, a set of facts and saying yes, this is A or B, the independent contractor test, unfortunately, is not one of those,” said Daniel Harrell, a shareholder in the Pensacola office of the Clark Partington law firm who practices employment law. “It is oftentimes a difficult analysis to have certainty about whether someone qualifies as a contractor or W2 employee.”

And don’t think an employment contract is valid even when both sides cheerfully sign on the dotted line and declare the relationship is between a business and an independent contractor.

“The concept of contracting around the law is not applicable in the eyes of, for example, the IRS,” said Harrell. “The IRS is going to examine the realities of the situation …. If the IRS or the court determines that declaration is invalid, then that declaration in the contract is worth nothing.”

In most cases, workers are required to be in the workplace at a particular time, doing specified tasks, using company equipment. Those are W2 employees, with employers withholding income taxes, withholding and paying Social Security and Medicare taxes, and paying unemployment taxes.

But fast-paced changes in technology are providing opportunities for working remotely as an independent contractor in careers that used to be dominated by more traditional work models. Harrell mentioned journalism and advertising as two places where freelancing works well, and said even his own profession is ripe for the offsite worker.

“Twenty years ago you couldn’t practice law at your house. Now, most lawyers have the ability to remote in to their system and they can practice from anywhere they want to,” he said. “You can have all your files online; you don’t have to be in a particular location.”

Within the past five years, the tech sector has led an explosion of “on demand” services, creating jobs that have completely altered the landscape between employer and worker. In June 2015, the California Labor Commission declared that an Uber driver was an employee, not a contractor. The housekeeping service Homejoy went out of business around the same time, its CEO saying four lawsuits over whether workers should be classified as employees rather than contractors were a “deciding factor” in the choice to shut it down.

Broadly, the IRS looks at a few different categories when trying to determine a worker’s status, said Harrell.

For starters, what is the “behavioral” relationship? “Behavioral control is: Do they have to come to work at a particular place on a particular schedule? Do you give them all the tools they need in order to do their work? Do you control how they perform on a day-in, day-out basis?” he posited.

The second consideration is the financial relationship. Here are a few questions the attorney says an employer can ask that will suss out what sort of worker the person they are considering hiring might be: “Can they go make money doing something else or are they pretty much captive to you? Do they have the opportunity to make profit? Do they have the opportunity to potentially have expenses paid? Financially, are they standing alone or are they relying on you? How are they associated with you? Is it a contract, is it a one-off type of scenario?”

Still confused about what your relationship with a worker — or as a worker — might be? No worries, the IRS has the four-page questionnaire (Form SS-8, Determination of Worker Status for Purposes of Federal Employment Taxes and Income Tax Withholding) available online. An employer or a worker answers the queries and submits it to the agency, which will then make a determination — but it might take up to six months to get an answer.

If there’s already a working relationship in place, Harrell suggests one “exercise caution” before going to a government agency “and saying, ‘Here’s how we do it. Are we doing it right, or not?’”

If you’re uncertain whether a worker could be considered a contractor, your best bet, said the attorney is to … call an attorney. “You can usually get some advice on the situation relatively quickly without spending a lot of money and that helps safeguard you,” Harrell counseled. “You have the opportunity and the potential to ask (the IRS or DOL) what is their take on it, but you’re probably equally well served to get an opinion letter from a lawyer without potentially tipping off a governing agency as to what you’ve been doing that is problematic. You’ll pay a small amount on the front end versus potentially a much larger amount on the back end if you’re not doing it right.”

And misclassifying an employee can have expensive repercussions for an employer.

Under the Fair Labor Standards Act, if a person is not being paid correctly under the law, the worker can go back three years when filing a lawsuit for back wages. Any underpayment can be doubled and the employer can be required to pay the employee’s attorney.

“What looks like a very small amount of money on a biweekly basis can turn into a major issue over that three-year look-back period,” Harrell said.

All is not doom and gloom for employers. Evolving with the times can create a new work model that works well for both businesses and the people who work for them.

Millenials, for example, have a different view of working that meshes well with the independent contractor model. “An emerging workforce and emerging technology has made it more plausible for people to perform the kind of work that’s necessary without being that traditional employee,” Harrell said. “One of the bigger factors is the ability to accomplish the same things that used to require an employee … but to be able to accomplish that with a freelancer or an independent contractor. There’s just more opportunity today based off of the way people work.”