They All Played A Part

Many hands went into making the M.T. Mustain Center a success

Talk to just about anybody involved with the planning of the new M.T. Mustian Center, and they’ll quickly mention one crucial component: An unprecedented number of people played a part in the planning of this ambitious addition to Tallahassee Memorial HealthCare (TMH).

“The architects say they have never in their history worked on a project where so many of the people that were going to use the building touched it in the design phase,” said Laurie L. Dozier, who was a consultant for TMH on the center.

Katie Hill, TMH’s Project Manager for the M.T. Mustian Center, said as many as 50 departments were consulted during behind-the-scenes planning.

“There were a whole lot of people devoting their time to it in addition to keeping their day jobs,” said Hill, who played a role in all aspects of the center.

“If we were talking about the intensive care rooms, those nurse managers were part of the design. The satellite pharmacy? Pharmacy was at the table.”

And that table kept growing.

“One of the most important parts for us, particularly in nursing, was that this was a project that from its very inception had nurses at the table,” said Barbara Alford, former Vice President, Chief Clinical and Nursing Officer.

“That was new for us. The fact that the nurses, who were taking care of patients, and the patients and their families could have a voice from the very beginning of the project — not just to ask them what they thought after we built it — was the most exciting thing for all of us, I think.”

With the help of a physical mockup built in a hospital warehouse, patient and family advisors as well as staff shared their vision for the building — from choosing what Dozier calls “cutting-edge equipment” to deciding where to place the outlets.

“We needed to know if the plug was in the right place to be able to run that piece of equipment,” said Linda Fox, TMH’s Service Line Administrator for Surgical Services.

“We measured the length of cords — all those kinds of things to make sure that it all fit. All the little things that you don’t necessarily think about, but we simulated it.”

Physicians also had a hands-on role, from determining “where do we put computer screens, where do we put the beds in the rooms, how will we get clean instrumentation in the room to actually participating in the vendors selected to provide technology for the operating rooms,” said Dr. 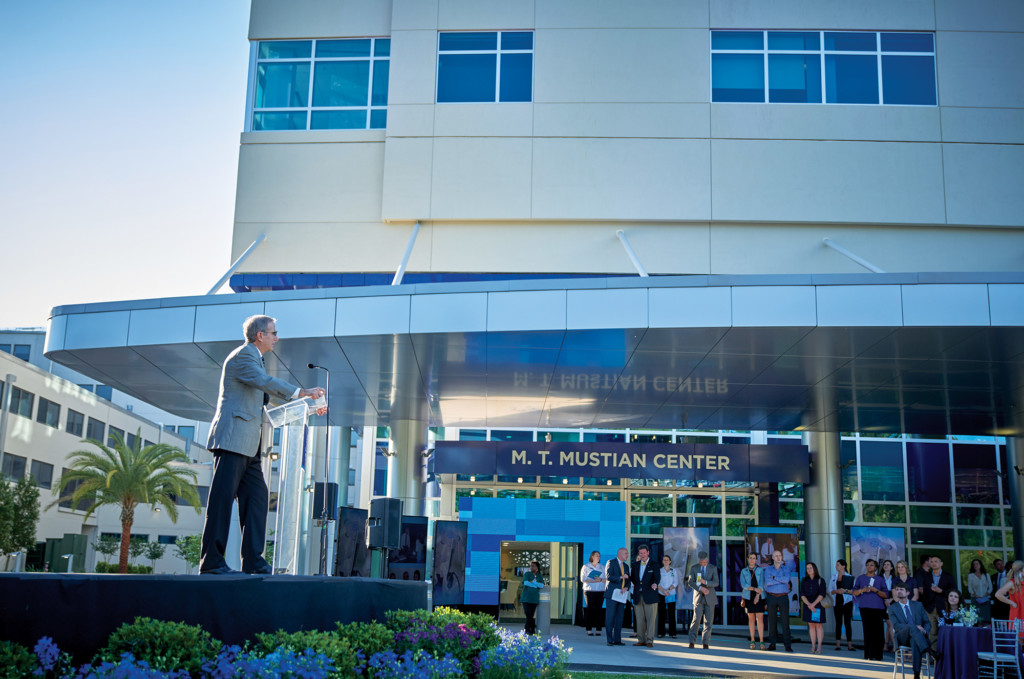 Chris DeRosier, a specialist in reconstructive plastic surgery who served as TMH Chairman of Surgery when the project launched.

For physicians who offered their input in planning the center, “It invokes a sense of pride, to know we helped build it,” he said.

To get that input, TMH cast a wide net, said Dr. Andrea Friall, TMH Chief Medical Officer and an obstetrician/gynecologist. “Everybody who operates in this facility or does procedures had the opportunity to participate.”

And all these ideas came to TMH’s David Adkins, who negotiated all the deals and oversaw the installation of equipment.

For many of those involved with the center, there has been a personal and professional connection.

When Mark O’Bryant, TMH President & CEO, asked Laurie Dozier to be a consultant on the M.T. Mustian Center, he pitched that connection. “He told me the hospital was in my DNA,” said Dozier.

And no wonder. His grandfathers were Jack W. Simmons, Tallahassee’s mayor in the 1940s who made the motion to build the hospital, and Dr. Laurie L. Dozier, one of TMH’s founding physicians. And his father, also a physician, later served as president of the TMH Foundation.

Dozier was born in TMH as were his siblings and his three children. He was chairman of the TMH Board of Directors when the vote was taken in 2013 to build the M.T. Mustian Center.

“There are operating rooms working today that were there when I was born in 1950,” said Dozier. “These rooms have been there my whole life, but they won’t be there any more.”

As a consultant, Dozier’s role has been able to “drive decisions” during the entire building process.

“Mark O’Bryant offered me the opportunity of a lifetime to go out on top,” said Dozier. “It’s my crowning achievement to work on such a project, with the history I have with this institution. It’s special. I can’t say it any other way.”

For Henry Hanson, the Project Engineer for the M.T. Mustian Center, his latest role has been the culmination of a 35-year career at the hospital.

Hanson has worked on every major expansion at TMH since he came on board, starting with the south wing and later the Bixler Trauma & Emergency Center and the Alexander D. Brickler, MD Women’s Pavilion. But the M.T. Mustian Center is “bigger, much more technically oriented,”

“It has a special meaning as it relates to me because it’s named after the person who hired me to come here,” said Hanson. “That may be one of the reasons why I’ve stayed so long to see it done — because Mr. Mustian hired me in 1984.”

For Alford, to be able to play a part in creating something that’s “state of the art” and as “patient-centered” as the M.T. Mustian Center “is just exciting.”

“Now to see your vision of what you thought it was going to be, and to really see it live and up, it’s beautiful,” said Alford. “It’s absolutely beautiful.”