It’s beginning to look a lot like tax season 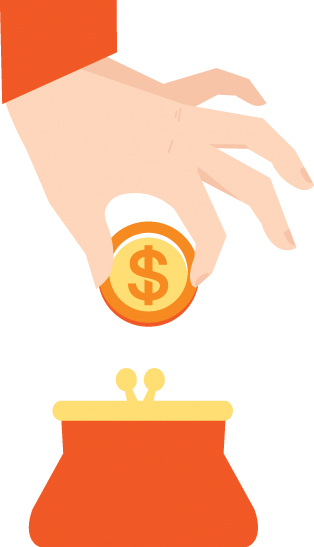 Smart business owners and executives tackle end-of-year tax planning like savvy shoppers take on Christmas: They’re organized, start early, save their receipts and don’t expect a mythical man in a red suit to do everything the night before April 15.

Oh, and they save a lot of money doing it, too.

At first glance, end-of-year tax planning is straightforward and simple. Do as much as you can to defer income and maximize deductions, write-offs and other tax breaks. But the details of federal tax law (if not the government itself) are the devil.

Like the holiday deal-hunter, the savvy business executive knows each tax year is different. The hot new toy from last year is old news, as are many of the large tax breaks and write-offs.

That makes paying attention to the granular level of tax laws all the more important. Should your company plunk down the cash for that heavy equipment in December to get that tax write-off and save more in the long run, or wait until the first quarter of 2015 as planned? What about new hires? Should you take on seasonal workers or try to get tax breaks by hiring military veterans full-time?

Unfortunately, the gridlock in Congress is not making it easy to determine which tax incentives will be renewed and which will be allowed to expire.

“There’s a lot of things we’re in limbo about; we don’t even know,” said Lisa Fairbanks, senior tax and accounting manager with Saltmarsh Cleaveland & Gund, a large Pensacola-based accounting firm.  “It makes it hard to plan.”

For example, a major tax break for companies investing up to $500,000 in heavy equipment has not been renewed and will be significantly reduced to $25,000 without Congressional action extending the break.

The most dyed-in-the-wool political junkies can’t predict with certainty what tax breaks will be extended and which will fall by the wayside in a dysfunctional Congress. Even apparent no-brainers like a break for hiring disabled workers hadn’t been acted upon by mid-summer.

The Work Opportunity Tax Credit provides tax breaks for businesses that hire low-income or disabled veterans, welfare recipients and other target groups. Congress usually will extend the credit, but even the U.S. Department of Labor website won’t say so authoritatively.

“At this time, we have no indication whether Congress may pass legislation extending authority for the program beyond December 31, 2013. However, in the past when the program’s authority lapsed, Congress has retroactively reauthorized the program back to the date of expiration,” the website states.

Other business tax breaks, like first year depreciation or bonus depreciation, which allowed companies to write-off up to 50 percent of eligible property, and research and development credits also have yet to be extended by Congress.

Of course, Congress could, and has in the past, extended tax breaks “retroactively,” although it wouldn’t exactly aid the planning process for businesses.

“Especially with it being a political year and a re-election year, the fluidity of tax planning is tremendous because of the uncertainty and what will take place in terms of Congressional action,” said Michael Kalifeh, CPA with Thomas Howell Ferguson, a Tallahassee-based firm serving non-profits, small and large business, insurance and other industry groups.

“Businesses don’t operate retroactively; they operate in the here and now.”

Adding to the tax uncertainty is the Affordable Care Act — the 2010 federal health care law more popularly known as Obamacare. The law was upheld by the U.S. Supreme Court in 2012, but recent conflicting appellate court decisions over the fate of subsidies and other rulings over a religious exemption to an employer mandate to offer plans that provide birth control have thrown more doubt on how the law will affect individual businesses.

New rules issued by the Health and Human Services Department and delays in the implementation of some parts of the law can be tough for business owners to keep up with.

“The rules keep changing,” said Steve Riggs, a partner with Carr, Riggs & Ingram, a large accounting firm based in the Southeast with offices across the Panhandle.

The vagaries of Washington can be discouraging for business owners hoping to avoid zagging when Congress zigs, but there are ways of hedging against the known unknowns in D.C.

One way is to stay in frequent and regular contact with tax advisors and attorneys. That may be difficult for executives busy running the day-to-day operations of their business, but it could make a great difference when it comes time to settle up with the IRS.

“In my experience, businesses are so busy focusing on running their business that they don’t have time to keep up with the ever-changing legal landscape of this,” Kalifeh said.

Another way is to be prepared to act no matter what Congress does or doesn’t do. It might make more sense to ink that big deal before the end of the year given the right tax incentive. The same goes for large investments in research and development.

But before business owners start getting lost in the sausage making of Congress, tax experts suggest they start with the basics.

Riggs says one of the biggest mistakes business owners make is relying on their instincts instead of on sound, black-and-white details of their finances.

Closing a deal, buying equipment and investing in land or other big purchases at the end of the year before thinking through the tax implications are also among the biggest mistakes companies make.

Kalifeh says buying office space or other types of real estate — or any other large investments — can have drastic consequences come tax season, especially if they aren’t planned for in advance.

“A transaction when it’s completed is very difficult to do any kind of tax planning or tax minimizing. A lot of times at that point it’s done, and it’s just a matter of accounting for it,” Kalifeh said.

The overarching advice from tax experts is to start early, be organized and plan ahead with tax season in mind. It could mean the difference between an unexpected bonus and a lump of coal when tax time rolls around.