The memorial service and wreath laying marked the one-year anniversary of the Dec. 6 NAS Pensacola terrorist attack that left four killed, including the shooter, and eight injured.

“It was almost one year ago today during a despicable and cowardly act of terrorism that Ensign Joshua Watson, Petty Officer 3rd Class Mohammed Haitham and Petty Officer 3rd Class Cameron Walters paid the ultimate sacrifice in service to their nation,” said Rear Adm. Pete Garvin, commander, Naval Education and Training Command (NETC), who was the ceremony’s guest speaker. “As we lay this wreath for our three fallen shipmates, we honor their bravery and their sacrifice.”

“Today, we continue to mourn those who lost their lives,” said Garvin. “We also pay tribute to the eight Sailors, Marines, government civilians, Naval Air Station Pensacola security forces and Escambia County Sherriff’s Office deputies who were injured. They all exemplify honor, courage and commitment.” 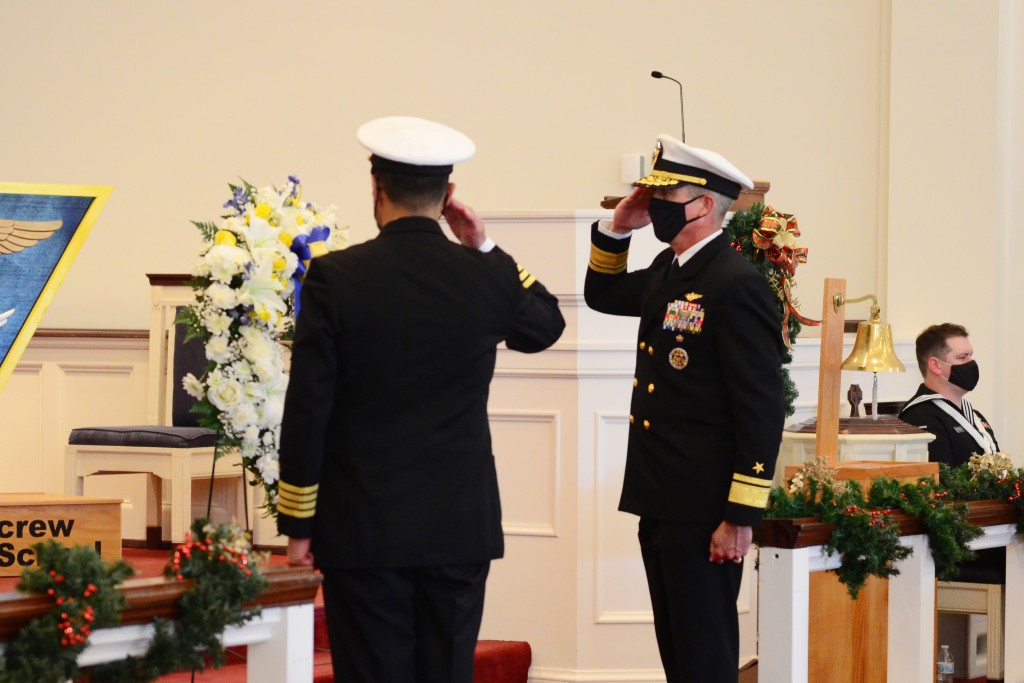 Garvin commented on the strong relationship between the Pensacola community and the military at NAS Pensacola.

“Here in Pensacola, in the ‘Cradle of Naval Aviation,’ we are a family with an unshakeable foundation, a family that stands the test of time and is unwavering in our defense of the constitution and the country whose course it directs,” said Garvin.

“In these times the war zone is no longer limited to battlefields, it all too often finds its way to bastions where it is least expected,” said Cmdr. Michael Lofgren, NASC’s executive officer, who provided remarks at the ceremonies. “These heroes, selflessly and tirelessly preparing for a battlefield, suddenly and unexpectedly found themselves in a war zone.”

The Purple Heart Medal is a United States military decoration awarded in the name of the President to those wounded or killed while serving, on or after April 5, 1917, with the U.S. military.

The Sidelines Can Wait