Eastern Shipbuilding invests in the future, even as a Coast Guard contract hangs in the balance

One afternoon in mid-July, a smattering of state and local officials stood on the docks at Eastern Shipbuilding’s Nelson Street Shipyard in Panama City and watched as a plaque bearing the name of U.S. Senator Lisa Murkowski was ceremonially welded to the hull of the newly commissioned USCGC Ingham.

The ship is the third of four similar vessels that are to be constructed by Eastern under a contract with the U.S. Coast Guard for their new offshore patrol cutter program. On this particular afternoon, the Ingham’s enormous hull loomed over the crowd, helping to shield onlookers from the midday glare. However, another, less friendly shadow also loomed over the afternoon’s proceedings.

Just a fortnight before the ship’s unveiling, Eastern had learned the Coast Guard would not be awarding it the $208.3 million contract for the next ship in the offshore patrol cutter fleet. Instead, the contract would be awarded to Austal USA, an Alabama-based subsidiary of the Australian defense contractor Austal. 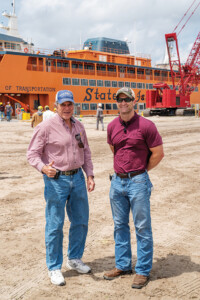 With construction rights for up to 11 ships on the line, the ultimate cost of that loss could exceed $3 billion over the life of the contract. It was a staggering blow for a company that has weathered setback over setback in recent years, and one they refused to take lying down.

The company filed a formal protest with the Government Accountability Office at the end of July, alleging the Coast Guard’s own selection criteria should have favored them in the bid review process because of their prior experience with the program. They also alleged that Austal had exaggerated their own capabilities and relied on leaked pricing information in crafting their bid.

“Obviously we’re very disappointed,” president Joey D’Isernia said about the Coast Guard’s decision. “We are very passionate about this program, and we feel strongly that our proposal, backed by our actual performance executing hulls one through four, provided the Coast Guard with a very low-risk solution to getting these much-needed vessels out to the fleet as soon as possible.”

The Coast Guard originally selected Eastern in 2016 to build as many as 25 offshore cutters but decided to rebid the program two years later, after the company’s Panama City shipyard was decimated during Hurricane Michael.

In the years since, Eastern’s employees have worked tirelessly to rebuild the shipyard, keep the Coast Guard contract on schedule and prove that the company has what it takes to manage the rest of the offshore patrol cutter program.

Among other things, this has meant rallying more than $50 million worth of funding from Triumph Gulf Coast and the State of Florida to transform the Nelson Street Shipyard into what D’Isernia describes as an “offshore patrol cutter factory,” dedicated exclusively to the Coast Guard’s needs.

“We were able to tailor the different facility improvements throughout Nelson Street specifically to the offshore patrol cutter program,” D’Isernia said, “which means we could do a lot of things with the design that we wouldn’t be able to do if we took a one-size-fits-most approach. That’s really what makes our facility unique.”

As a prime example, D’Isernia pointed to a new, $5 million aluminum fabrication facility that was completed in January. The enormous structure, built with an economic development grant from Triumph Gulf Coast, is engineered specifically to enable the company to turn out two offshore patrol cutters each year — a production level that is necessary to meet the Coast Guard’s ambitious goals. 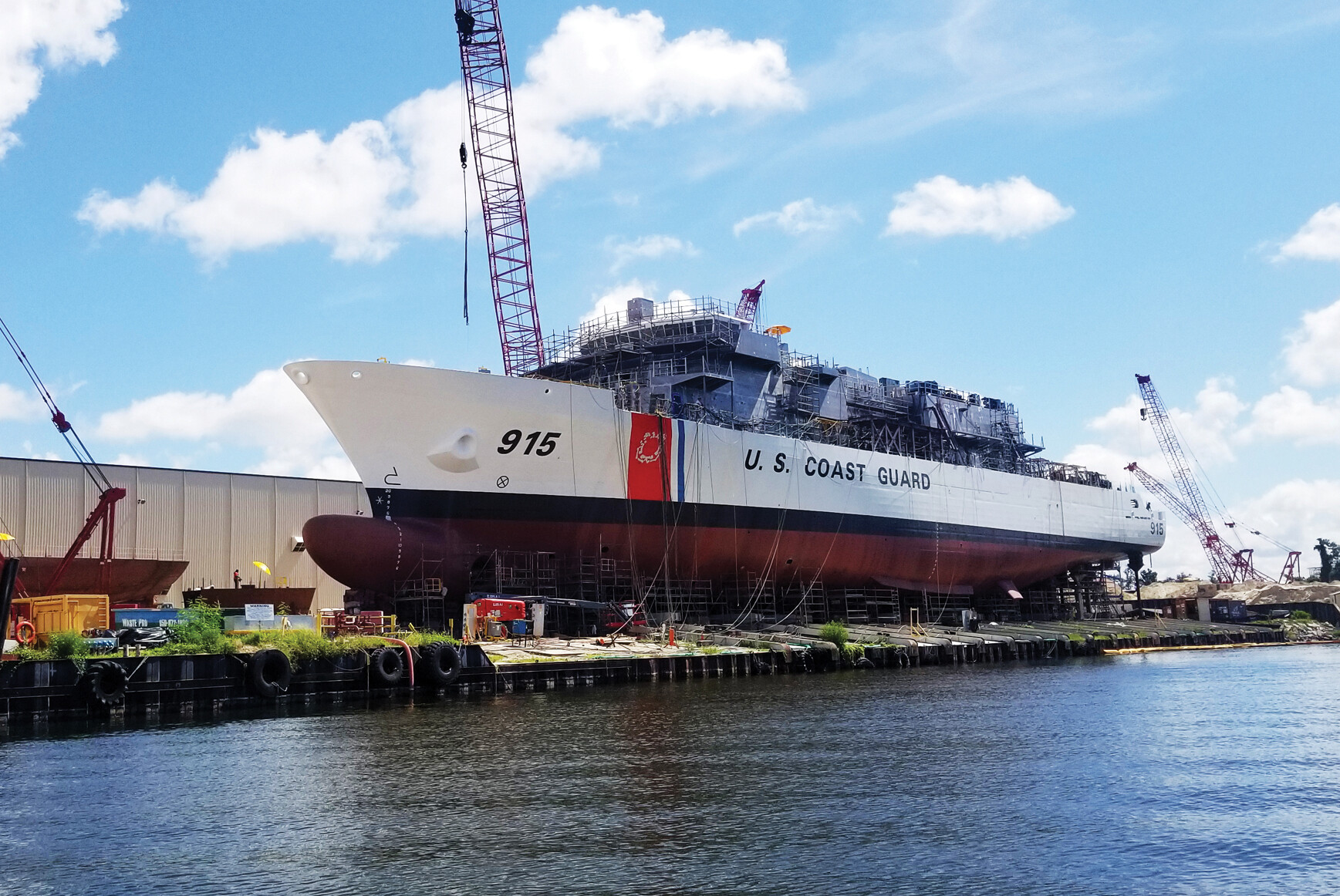 “The building itself is not a modern marvel,” D’Isernia said. “What makes it special is the design and the specifications behind that building.”

The Nelson Street facility was designed from the ground up to turn out offshore patrol cutters as efficiently as possible.

This focus on efficiency goes beyond the way Eastern builds the ships’ bones. They’ve taken a similar approach with the vessels’ brains or — in military parlance — their C5ISR systems.

(C5ISR is an acronym that stands for Command, Control, Computers, Communications, Cyber, Intelligence, Surveillance and Reconnaissance.)

A modern vessel like the Coast Guard’s offshore patrol cutter is wired to the hilt with various hardware and software systems — all of which must be tested during construction to ensure they play well with one another and with the larger ship design.

“Production facilities like this are typically not co-located with the construction of the ship,” D’Isernia said, “which adds a certain level of complexity to being able to access it, to being able to quickly test things and get all that information back to the shipbuilder.”

Eastern decided to buck this norm and co-locate the C5ISR production facility for the offshore patrol cutter program within their shipbuilding operation. As with the aluminum fabrication facility, this operation is specifically designed to support two entire, parallel production lines.

“The reason why that’s so valuable is because anytime you integrate a large number of separate systems across these different vendors, you have a certain amount of integration risk,” D’Isernia said, “meaning that one piece of equipment doesn’t talk to another piece of equipment like it should.  Finding that at the late stages of construction while you’re trying to test a vessel is the worst time to do that because it’s very costly, and it can cause significant delays to the production schedule.”

Despite all this effort, the future of the Coast Guard program in Bay County now hinges on Eastern’s bid protest, and it is not clear to anyone what the outcome of that protest will be.

Regardless, though, D’Isernia said he was confident the investments made in the cutter program would bear fruit.

“With proven capabilities and certified business systems and just the ability to manage a government program of that pedigree … we’re very well positioned, regardless of what happens,” D’Isernia said.

“This is where we live,” he added. “We’ve been building ships here for the last 45 years and have earned a very good reputation as a company and as a community within both the commercial and the government shipbuilding sectors. So, the future
is bright.”

The Best of Intentions

For The Black News Channel, Knowledge is Power