A lot of ink has been spilled in recent months on the idea of the “Great Resignation” — a pandemic-induced staffing shortage that has roiled industries across the United States. The manufacturing industry has been among those hardest hit.

The enormous demand for labor has led some manufacturers to take the dramatic step of uprooting their operations entirely and moving them to communities where there is an eager workforce.

The tiny community of Bonifay in Holmes County offers a case study of these larger economic trends and, perhaps, a blueprint for how to cultivate manufacturing jobs in similar communities across the region.

Probes Unlimited produces custom sensors for everything from pellet grills to rockets. The company has been headquartered in the manufacturing stronghold of Lansdale, Pennsylvania, since its founding. However, just last year, the company’s owners made the decision to site a new manufacturing facility in Bonifay.

Now, just one year after first arriving here, the company is on a hiring spree with plans to employ as many as 60 local residents by year’s end. 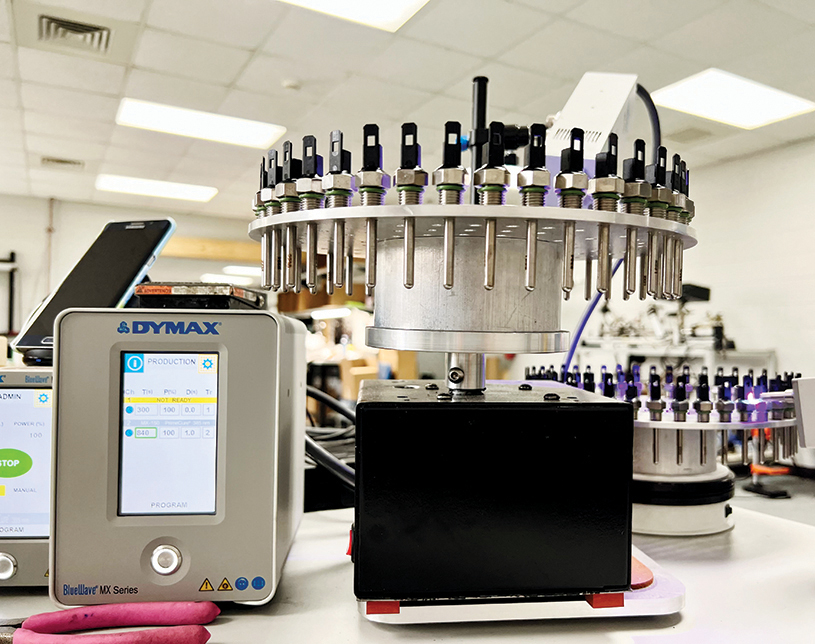 Wooing the company to Bonifay was a big coup for the little town, where the few jobs available are mostly dependent on agriculture or the Holmes County Correctional Institution, a state prison.

As much as it was a boon for the town, though, the move has also been one for Probes Unlimited, which had struggled to find employees in Pennsylvania since the pandemic began in 2020.

“We had a lot of orders and not enough people to fill the orders,” CEO Ernie DeLany said in June, “and we didn’t see that coming to an end at our current location.”

Probes Unlimited is not alone in this struggle. DeLany serves on a regional industry council that includes about 300 other manufacturing firms. Combined, council members recorded roughly ı20,000 unfilled jobs this year.

“All we’re doing at this point is stealing employees from each other,” DeLany said, “and now there’s a wage spiral going on. Some manufacturers are starting people at $22 an hour just to get them in the door.”

As a point of reference, minimum wage in Pennsylvania is just $8.75 per hour.

DeLany had already started to consider a change in geography when Florida’s Great Northwest reached out to see if he might consider doing business here.

“We started talking about how Florida is treating the whole pandemic differently,” executive director Jennifer Conoley said. “He was just shocked that we said we could find people who wanted to go to work.”

DeLany toured several other locations in the region before settling on Bonifay, where Holmes County had recently purchased an old middle school building to convert it into an advanced manufacturing campus.

“A lot of companies we speak with are a little hesitant to consider moving to a small rural community,” Conoley said.

DeLany was at first no exception but was quickly won over by the work ethic of the townspeople and state, regional and local stakeholders’ willingness to work together to make the move feasible.

“I don’t think I can emphasize enough how well everybody worked together,” DeLany said. “They would just knock down every objection.”

The decision has proven to be a good one for the company. When they first opened their doors in July of 202ı, Probes Unlimited received nearly ı00 applications for just ı8 positions.

Joe Rone, who heads the Holmes County Development Commission, said DeLany had been shocked by his new employees’ work ethic.

“When he came down to visit, he couldn’t believe the employees were there before they opened the door,” he said.

Within two weeks of opening, the Bonifay workers were outpacing their Pennsylvania counterparts’ production levels. Now, DeLany said he sees the Holmes County site as the future of the company. 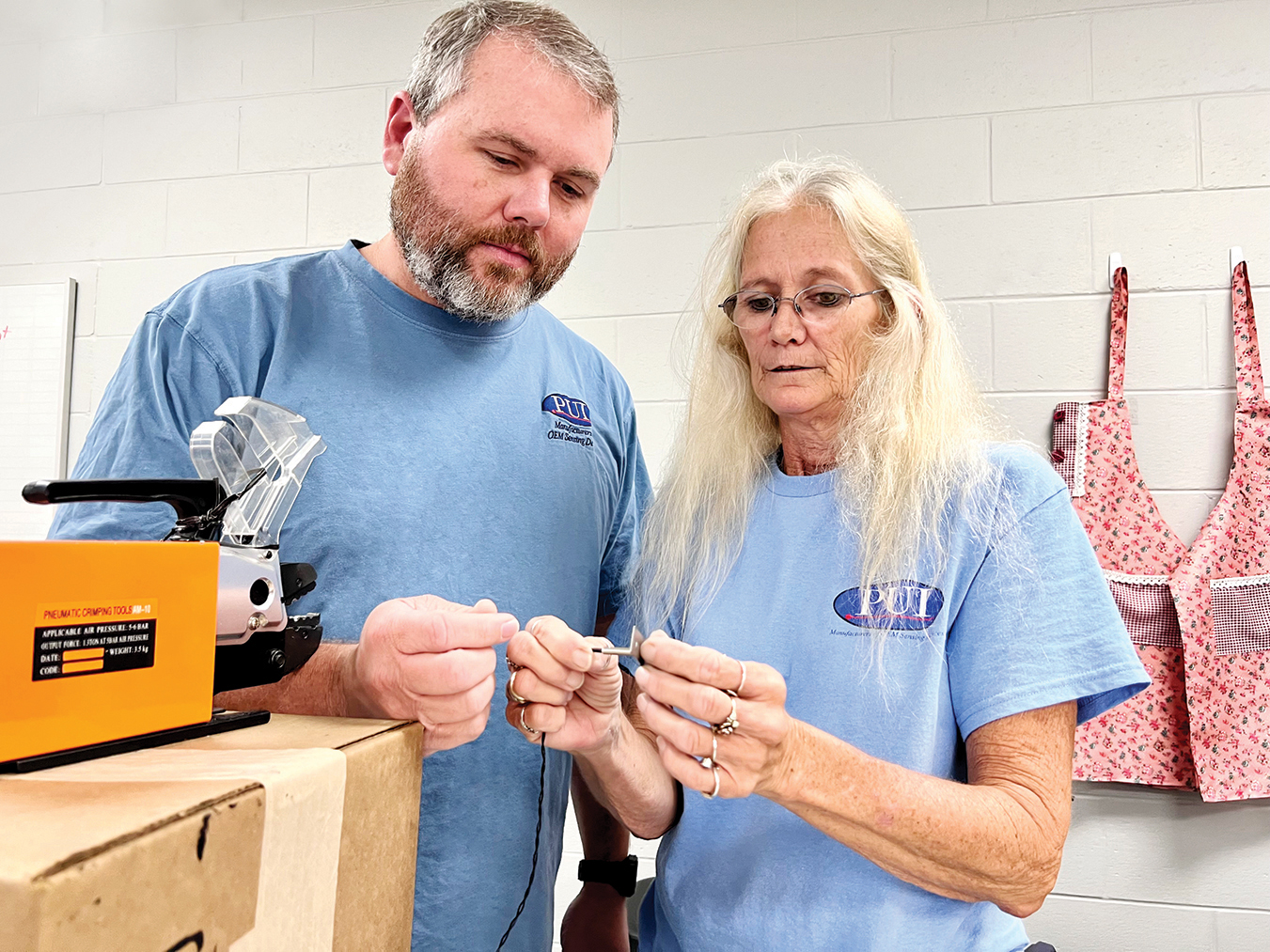 Operations manager Kyle Hudson offers training for optimal production of Probes Unlimited’s latest product line to team leader Dee Thomas. The company places a strong emphasis on the professional development of its employees and providing a clean, climate-controlled work environment where its team members can excel. Photo by Carol Wyatt

A Model for the Region

Economic development officials hope Holmes County’s success will prove to be a model for how to grow the advanced manufacturing sector in similar communities across the region.

Conoley pointed out that manufacturing jobs are particularly valuable because of their impact on the wider economy.

“The multiplier effect for a manufacturing job is huge,” she said. “Your return on investment for bringing those jobs to a community is bigger than the direct jobs alone. It’s also the indirect jobs and induced jobs: your dry cleaners, your restaurants, your grocery stores.”

These secondary effects are already visible in Bonifay. Rone said that the middle school campus had seen an influx of new non-manufacturing tenants since Probes Unlimited set up shop. He added that a number of local machine shops had received work from the company.

“This place went from not having a car here to now it’s got probably ı50 cars a day,” he said.

Even more compelling than this, news of the company’s success has already resulted in interest from other manufacturers who are grappling with similar labor shortages.

Rone said one manufacturer was already looking to make a site visit to Bonifay. Separately, DeLany has been working with state and local officials to arrange a Pennsylvania trip this fall to meet with more interested employers.

“I think there’s a possibility to have a little advanced manufacturing cluster there in Bonifay and then try to repeat it in other parts of the Panhandle,” DeLany said.