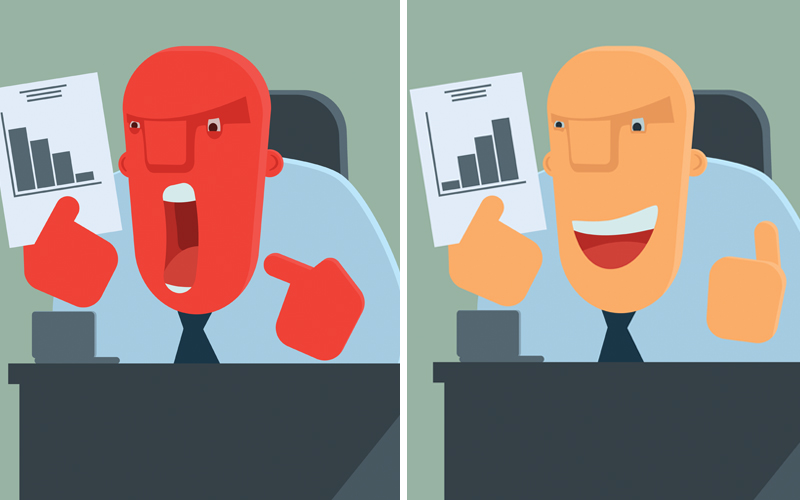 Any business leader will tell you that running a world-class organization is no easy feat. It’s challenging to work toward a vision and create a positive future for you and your team, especially since you are guaranteed to face all kinds of challenges, adversity, negativity and tests along the way. But in the face of these obstacles, your attitude makes all the difference in the culture and success of your organization.

Research clearly supports the connection between a positive attitude and success in terms of individuals and organizations. For example, the research of Daniel Goleman, a psychologist and science journalist, demonstrates that positive teams perform at higher levels than negative teams.

Also, according to Wayne Baker, research he and Robert Cross conducted shows that “the more you energize people in your workplace, the higher your work performance.” Baker says that this occurs because people want to be around you. You attract talent, and people are more likely to devote their discretionary time to your projects. They’ll offer new ideas, information and opportunities to you before others. The opposite is also true. If you de-energize others, people won’t go out of their way to work with or help you.

Finally, a Gallup study estimates that negativity costs the economy $250–300 billion a year and affects the morale, performance and productivity of teams.

Optimism in your company starts with you. If you don’t have it, you can’t share it. The good news is that pessimism is just a state of mind. It’s not permanent. You can change it, and you definitely should.

Here are seven tips to help you make the life- and business-changing transformation from a negative leader to a positive leader:

There is a power associated with positive leadership. Even if you naturally lean toward a negative outlook, making a few changes can inspire momentous change in your own career success as well as in the success of your team. When you lead with optimism and share positive energy with others, you will transform the negativity that too often sabotages teams and organizations. Your new positive attitude will at last allow you to take on the battle, overcome the negativity, face the adversity and keep moving forward. The best really is yet to come.