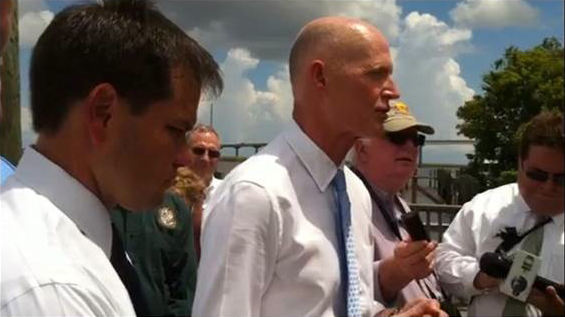 Governor Rick Scott, joined by U.S. Senator Marco Rubio and U.S. Representative Steve Southerland, on Tuesday announced that the State of Florida will file a lawsuit in the U.S. Supreme Court to stop Georgia’s unchecked and growing consumption of water.

State officials contend the excessive water use — long blamed for the declining water quality of Apalachee Bay and the imminent demise of the region’s oyster industry — is threatening the economic future of Apalachicola.

Scott said the state would file the lawsuit in the U.S. Supreme Court in September. He made the announcement following a tour of Apalachicola Bay Tuesday with Sen. Rubio, several area legislators and elected officials.