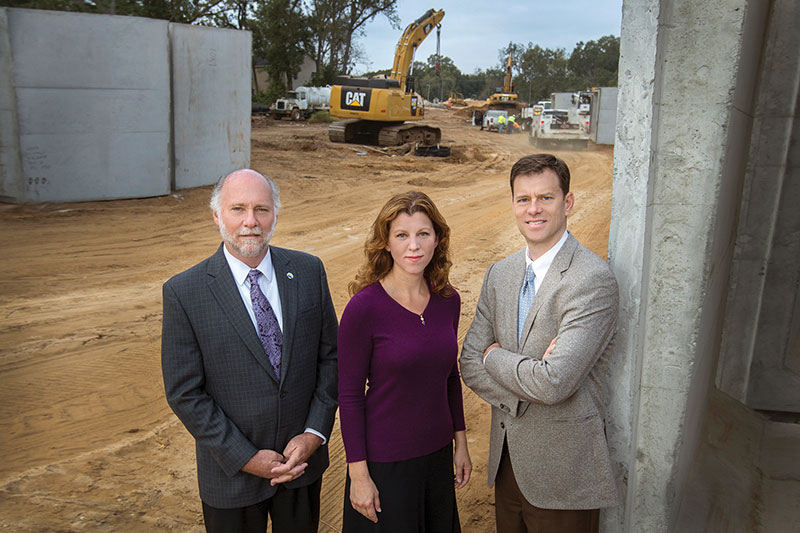 When the government spends money on infrastructure, private investment follows.

Following that standard philosophy of urban development, Southwest Tallahassee should prepare for big changes in the next few years as the “Airport Gateway” project morphs and expands to benefit what is being called the “Gateway District,” a huge chunk of real estate that encompasses the area from the main campus of Florida State University to Capital Circle on the south and west.

“When you invest in your own infrastructure, it leads to growth, it leads to regeneration,” said Ben Pingree, director of PLACE, Tallahassee-Leon County’s office of Planning, Land Management and Community Enhancement.

Funded through the 1-percent sales tax extension called Blueprint 2020 approved by voters in November 2014, the $58.7 million gateway project will create a much-improved route from Tallahassee International Airport into the downtown area and to both Florida State and Florida A&M universities — something most everyone agrees has been needed for decades. Current routes from the airport through the light-industrial section of Capital Circle Southwest don’t exactly show off the capital city’s charms.

“The current route is certainly less than desirable,” City Commissioner Gil Ziffer said. “The route proposed provides some level of concern for existing neighborhoods that we have to be mindful of, but there’s no doubt we can make it better than it is now.”

The project includes improvements to vehicular lanes along Lake Bradford and Springhill roads, with landscaping as well as bicycle and pedestrian lanes. Along Springhill between Orange Avenue and Capital Circle Southwest, a median is planned that will allow for additional lanes to be added later within the existing footprint. On the stretch of Lake Bradford Road between Gaines Street and Orange Avenue, roundabouts will be added at key intersections, as well. A roundabout is also planned for the intersection of Gaines Street and Stadium Drive. 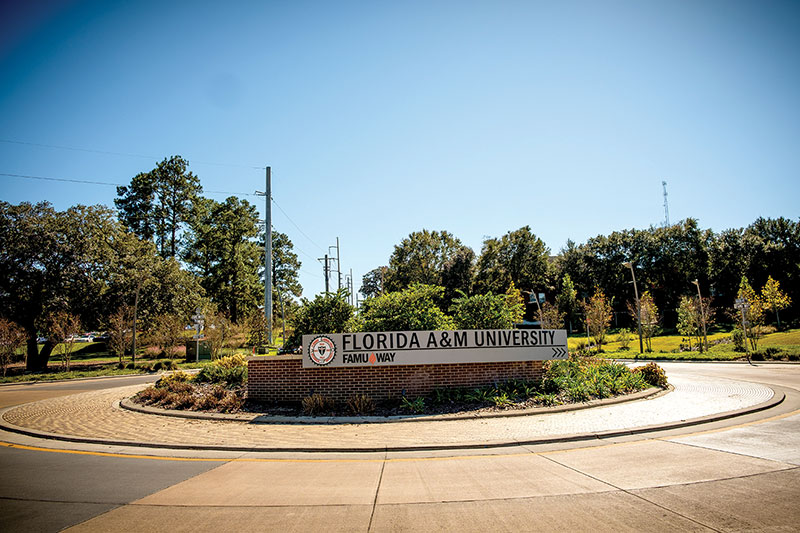 The extension begins at the roundabout on Railroad Avenue marking the entrance to FAMU.

By connecting the Airport Gateway project with other improvements planned for the area, Blueprint Intergovernmental Agency is leveraging its assets for greater return. For example, the last section of Capital Circle Southwest that hasn’t been widened and landscaped — the section from Orange Avenue to Crawfordville Road that includes the airport — is due to be improved in the next few years. Planned widening of Orange Avenue, not a Blueprint project, is being factored in, as well.

FAMU Way, which runs west from Railroad Avenue and curves south, paralleling Eugenia Street, will intersect with Lake Bradford Road near its current intersection with Gamble Street. Across Lake Bradford Road, improvements will continue on Stuckey Avenue as it winds through several streets in the Providence neighborhood, eventually connecting on Roberts Avenue to a new road through FSU property.

The collaboration involved in the project is one of its standout features, with key stakeholders in Southwest Tallahassee coming together in ways the community has not seen on previous projects.

“FSU needs a road through its property near where Alumni Village once stood and the existing golf course, which it wants to redevelop with a Jack Nicklaus design,” said Leon County Commissioner Kristin Dozier. “It is donating the right-of-way for the road, which will become a Blueprint road.”

“We have room to attract more manufacturing to Innovation Park. We also have 12 acres that could be used for commercial development,” Dozier said. “If we want to be a world-class research center like the Research Triangle, getting our transportation issues resolved, both ground and air, is key.”

Kevin Graham, executive director of FSU’s Real Estate Foundation, sees the collaboration as a win for everyone.

“Right now, FSU has academic, athletic, research and administration offices on the southwest campus. Pottsdamer (Street) is a main thoroughfare from Orange Avenue when it should be a residential road for the Callen neighborhood,” he said. “The same with Levy, coming off Lake Bradford Road, in the Providence neighborhood. If we can relieve some of the traffic with the new road, those streets can become residential again.”

City Commissioner Curtis Richardson served on the Blueprint 2000 committee and on the committee that successfully campaigned for Blueprint 2020, which extended the sales tax through 2040. The Blueprint 2020 proposal called for Springhill Road to be the single gateway from the airport, he said, but FSU’s offer to provide right-of-way through its property for a road and the creation of a Gateway District brought south Lake Bradford Road into play.

“While the Gateway District will be an opportunity to see growth and revitalization in the southwest sector of the city, there are some details to be worked out,” Richardson said.

Changes from the Blueprint 2020 plan approved by voters are subject to approval by the Blueprint Intergovernmental Agency, an oversight board of city and county officials currently chaired by Leon County Commissioner Mary Ann Lindley.

“It’s got a few hurdles but I think they’ve actually got a pretty good plan,” Lindley said. “Good signage to explain alternate routes can make a big difference in how you moderate traffic flow.”

She noted that the latest tweak of Blueprint earmarks 12 percent of the sales-tax revenue for economic development, executed by the Office of Economic Vitality.

“Originally, Blueprint was all infrastrßucture all the time, focusing on recreation, transportation and the environment,” Lindley said. “Once the southwest infrastructure improvements are in place, the poverty and the need for small businesses need to be addressed, and this can be a piece of it. There’s potential for private development partnerships.”