» Four prominent Tallahassee individuals were recently appointed to the Florida Constitution Revision Commission: Timothy Cerio, an accomplished attorney who had previously served as general counsel to the governor and in 2013 was appointed to the Judicial Nominating Commission for the First District Court of Appeal; Emery Gainey, a member of the attorney general’s senior executive management team and currently the director for law enforcement; Brecht Heuchan, founder and CEO of ContributionLink LLC, a leading political intelligence, data analytics and fundraising company; and Florida Department of Education Commissioner Pam Stewart, who has served as an educator and administrator for 37 years. The 37-member commission convenes every 20 years to review Florida’s Constitution and propose potential changes to be approved by Florida voters.

» Megan Fay has been appointed director of policy. She has worked in the governor’s office since 2013 and has served as a chief analyst in the Office of Policy and Budget, as deputy director of Cabinet affairs and most recently as deputy director of legislative affairs. Fay fills the position left vacant by Jeff Woodburn, who is now the executive director of the Florida Constitution Revision Commission.

» Tallahassee Realtor Patti Ketcham, owner of Ketcham Realty Group, was recently appointed to the Florida Real Estate Commission. She succeeds Darla Furst and is appointed for a term ending Oct. 31, 2020.

» Retired Florida Supreme Court Justice Major Harding has received the 2017 Faith and Profession Award from Tallahassee Christian College and Training Center. Harding has been a shareholder with the Ausley McMullen law firm since retiring from the court in 2002 and today is a member of St. Peter’s Anglican Church.

» Aegis Business Technologies is on the 2017 Tech Elite 250 list of CRN, a brand of the Channel Company. This annual list honors an exclusive group of North American IT solution providers that have earned the highest number of advanced technical certifications from leading technology vendors, scaled to their company size. 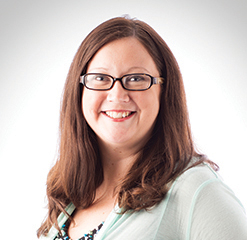 » Wendover Housing Partners, a privately held real-estate development, investment and management company, recently announced the opening of its senior apartment community, Kenwood Place. According to a market brief from the American Seniors Housing Association, the demand for senior housing will grow from 1.4 million units in 2015 to 3.2 million units by the year 2040.

» BumbleBee Waxing and More recently celebrated the grand opening of its ultra-modern day spa in downtown Tallahassee. The newly finished spa blends unique services with a healing atmosphere that creates a new flavor of indulgence in the area.

» Jon Edwards is the new president of Florida-based marketing firm The Taproot Agency. Edwards will oversee the day-to-day operations of the business, as well as continue to provide creative direction on all client campaigns. Agency founder Sean Doughtie will continue to serve as chief executive officer.

» Fuzzy’s Taco Shop will open in Tallahassee this summer. Located at 1600 W. Call St., the Tallahassee location will be the first Fuzzy’s built, owned and operated by franchisees Torry Brand and Brian Watson.

» MoLab Inc. and Tallahassee’s Think About Personal Pollution program are going to join forces this summer to teach kids how they can reduce the amount of “nonpoint source pollution” around them. For eight weeks, MoLab will visit several community centers in the Lake Munson Drainage Basin to talk about this kind of pollution and how to mitigate its impact on the environment.

» Herman White of Pensacola, a barber at Esquire Barber Shop, was recently appointed to the Florida Building Code Administrators and Inspectors Board.

» Mark Harden of Pensacola, the Military Aid director for the Navy-Marine Corps Relief Society, was appointed to Florida Is for Veterans Inc.

» Bobby L. Whitney Jr. of Fort Walton Beach and Louis A. Maygarden III of Pensacola have been appointed to the First Circuit Judicial Nomination Commission. Whitney is an attorney with Seymour Whitney and Maygarden is a partner with Shell, Fleming, Davis & Menge, P.A.

» University of West Florida accounting students ranked third in the nation in 2016 for first-time pass rate on the Certified Public Accountant Examination. The National Association of State Boards of Accountancy released its 2016 University Edition of Candidate Performance on the Uniform CPA Examination which showed that UWF candidates passed sections taken at an 87.1 percent clip.

» Twin Cities Hospital in Niceville has earned the 2016 Unit of Distinction Award for exemplary medical-surgical units at Hospital Corporation of America facilities.

» Pensacola Mayor Ashton Hayward announced that the city will honor one of Pensacola’s favorite sons with the dedication of the Reubin O’Donovan Askew Terminal at Pensacola International Airport.

» The Pointe grand opening was held recently to celebrate its mark on the east end of County Road 30A in Inlet Beach. The event was hosted by ResortQuest, the exclusive rental management company.

» Asset Insurance, a leading independent insurance agency in Northwest Florida, has moved its headquarters to Grand Boulevard at Sandestin. Asset Insurance is a full-service insurance company specializing in services for homes, businesses, condominium associations and homeowner’s associations as well as short-term rental coverage for properties from Panama City Beach to Pensacola.

» Dr. John Chiles has joined the White-Wilson Pediatric Clinic in Fort Walton Beach. Chiles has more than 35 years of experience in providing pediatric care and is certified by the American Board of Pediatrics.

» Accounting firm Saltmarsh, Cleaveland & Gund has announced that Reingruber & Company, P.A. of St. Petersburg and its Nashville, Tennessee-based affiliate have merged with the firm.

» VITAS Healthcare, a leading national provider of end-of-life care, has opened its newest program in Pensacola.

» William A. Lewis of Panama City has been reappointed to the 14th Circuit Judicial Nomination Commission. Lewis is an attorney with the Bay County Sheriff’s Office.

» The Panama City Beach Chamber of Commerce was recently presented with four awards at the local ADDYs Gala, American
Advertising Federation Awards Dinner. Credits were awarded to the chamber’s director of communications, Katelyn French, and president/CEO, Kristopher McLane, as well as to CYber SYtes, The Hartley Press, Miller Audio-Visual and Farmer’s Marketing.

» TurnKey Vacation Rentals, the third-largest vacation rental/
property management company in the United States, is opening a vacation destination office in Panama City. General manager Jessica Walkoski is a business development and sales professional with more than 15 years of experience in the hospitality and travel industry.

» J.C. Stoutamire has been appointed to the Apalachee Regional Planning Council, Region Two. Stoutamire, of Hosford in Liberty County, is a former papermaker for St. Joe Paper Co. and served on the Liberty County Commission for eight years.

» The Centers for Medicare & Medicaid Services recently released its nationwide quality scorecard for 2016 through the Hospital Consumer Assessment of Healthcare Providers and Systems. Among hospitals surveyed, Sacred Heart Hospital received the highest score for Hospital Environment, ranking it No. 1 in Florida and in the United States.