His advice? Keep your head up and be prepared to change.

Six years ago, Phillip Stutts was diagnosed with achalasia, a rare and degenerative autoimmune disease that disables the esophagus, eventually making eating impossible.

For years, he took doctors at their word when they said the disease was incurable, that it could be slowed, perhaps, but not stopped. He took prescription medicines as recommended despite knowing that they have been linked to dementia as a side effect.

He was, as he writes in Fire Them Now, a “bystander to his own disease,” paralyzed by fear. That is, until he was told that a feeding tube was an inevitability that he should plan for.

Life as he knew it was on the line, and Stutts would be passive no longer.

Today, he is confident that “we will find a cure. I am going to cure my incurable disease.”

As a product of relentless online networking, Stutts was introduced to an achalasia researcher at Johns Hopkins Hospital in Baltimore, and he is now poised to become a “clinical trial of one.”

The treatment involves an injection of stem cells into the esophagus in hopes that it will regenerate muscles and nerves.

For Stutts, a business and political marketer who lives in South Walton County, achalasia is to him as change is to many CEOs around the country.

“They know that disruptions are coming, and they don’t know how the marketing world works anymore, but they are choosing to bury their heads in the sand,” Stutts said in an interview conducted at The Henderson Beach Resort in Destin where he hosted a book signing.

“The CEO who operates from his gut and wants to continue doing the same things that made him successful in the first place years ago — the world doesn’t work that way today,” Stutts said.

With his book, Stutts is trying to rattle executives much as he was shaken by the prospect of a feeding tube.

“They need to know that they can win in a world of disruptions by reversing their fears and taking charge,” he said.

A key step can be hiring the right marketing firm. Stutts finds that too many businesses enter into long-term contracts with marketers who place their own interests above those of their clients. 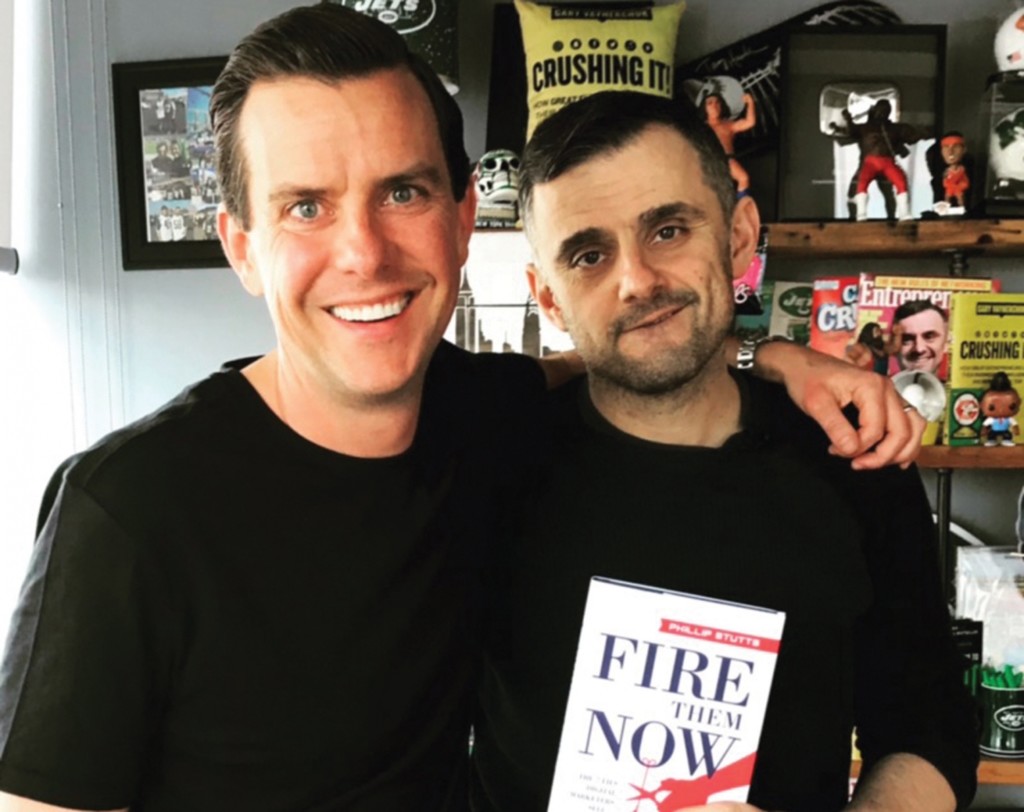 Stutts with Gary Vaynerchuk, the chairman of VaynerX, a media and communications holding company, and the CEO of an advertising agency servicing Fortune 100 clients. Photo courtesy of Vayner Media

Customers recognize that they need help navigating today’s digital marketing environment and, “all of a sudden you have an unbreakable long-term contract. The agency’s campaign may not work, but the customer is left holding the bag.”

Fire Them Now (Lioncrest Publishing, 2018) is largely about avoiding such pitfalls. Stutts lists “You Must Sign a Long-term Contract” as Lie #1 among several he says marketers often tell and sell.

“Some agencies even demand an upfront signing bonus for the ‘privilege’ of hiring them,” he writes. “That’s bulls—.”

There are other lies, Stutts has found, namely:

Many businesses fundamentally need to change their outlook if they are to avoid traps laid by self-serving marketers.

Agencies find it far easier to stroke business leaders’ egos than to do the more difficult work of exploring customer outlooks and desires.

And, they are perfectly content to take the easy route whenever their clients will let them, cautions Stutts, adding that businesses are vulnerable to flattering approaches and willing to pay for what they want to hear — validation.

To illustrate his point, Stutts writes about a company that his business approached, impressed that the potential client had a great story to tell, an outstanding product, the capacity to market itself well and a more than ample marketing budget.

“Some marketing firm had talked the company into creating an app for their product,” Stutts recalls. “The company spent $65,000 on developing the app. It was a free download, and it had been downloaded a measly 1,200 times.”

The company’s first question of Stutts’s firm: “How can we get more people to use the app?”

They were uninterested in any other strategy, so consumed were they by making their app investment pay off. 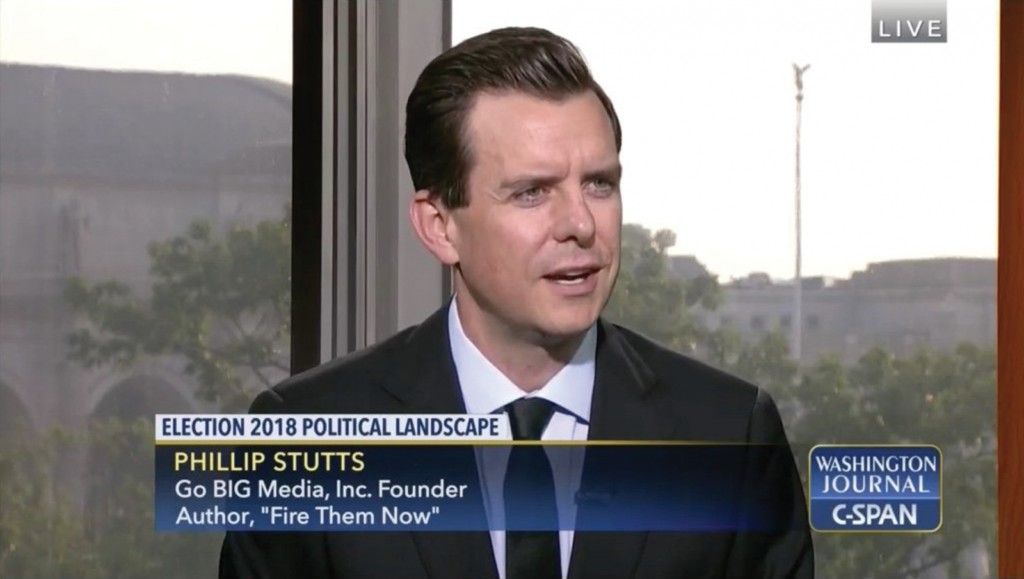 Stutts is often consulted regarding his outlook on politics. He predicted that Rick Scott would unseat Bill Nelson and foresaw a tight race between Ron DeSantis and Andrew Gillum. Photo courtesy of Win BIG Media

“Finally we got real with them. ‘No one wants to use the app,’ we told them. ‘Meanwhile, you have a hugely marketable, high-profile business. Forget the app. Your audience voted on the app and the app lost. Focus on what your customers want.’

“They replied by again telling us that they had spent $65,000 on the app. They were so hung up on their investment and the idea of having a cool app that they were completely deaf and blind to the fact that their customers didn’t want what they were selling.”

The company that changes its mindset as Stutts suggests moves from a hang-up on validation to exploration, outlined as a five-step process in Stutts’s book.

The process flows from start to finish with a consistent message and an unwavering focus on customers. Is it foolproof? No.

“If you’re hoping to accomplish anything of substance in this world, you will experience failure,” Stutts writes. “It’s unavoidable, and it’s a good thing.”

Clinton, for example, lost his bid for a seat in the Arkansas House of Representatives in 1974. Four years later, he became the youngest governor in history.

Two years after that, he became the youngest ex-governor in history upon failing to win re-election.

“Get up off the mat and innovate,” Stutts advises. “Success is born out of being on the bottom and wanting nothing more than to claw your way to the top.”

As to politics, how did a man with more than 20 years of election campaign experience handicap Florida’s marquee races?

“Had Gwen Graham won on the Democratic side, she easily would have defeated (Ron) DeSantis,” Stutts said just after primary elections were concluded.

“But now in (Andrew) Gillum and DeSantis, you have two candidates for governor operating at the poles, and DeSantis has a chance.”

In the race for a U.S. Senate seat, Stutts expected Rick Scott to prevail over incumbent Bill Nelson.

“Practically speaking, Scott has unlimited money,” Stutts said, “and Nelson is having a hard time getting out of his own way.”

Given the way the elections played out, Stutts appears to have been rather prescient.

He’s not an ego guy, but there is some validation there.