Aquaculturists are having to overcome obstacles

Farming is a risky enterprise, and aquaculture — a form of farming — no less so.

Besides the common culprits of weather, markets, diseases and government regulations, oyster growers were dealt two extraordinary blows in recent times. First came 20ı8’s Hurricane Michael, and just when the industry was recovering, the 2020 pandemic hit.

Aquaculturists, however, are a resilient lot as they must be, if they are to cope with the capriciousness of nature and the marketplace. The oyster companies that are pulling through the pandemic — however battered — are those that adapted quickly to the “new normal.”

“The innovative ones found a way around the coronavirus,” said Bob Ballard, director of the Wakulla Environmental Institute (WEI), which teaches aquaculture. “Those who sat around hoping things would return to normal without being proactive are probably not in business.”

When the pandemic closed bars and restaurants, these companies pivoted rapidly and turned to or intensified retail and direct-to-consumer sales.

“I accelerated retail marketing,” said OysterMom’s Deborah Keller, whose business is solidly grounded in retail. Customers order from Keller via phone or text and pick up their oysters during designated hours. She also sells oysters online and at several Tallahassee open markets, as well as operating a catering service.

“I survived because I was established in retail,” Keller said. “The other reason is I’ve stayed small.”

Jennifer and John Fountain own Nature Coast Oyster. A self-described “newbie” who has been in business since 20ı8, Jennifer sells her oysters to a Panacea processor, who in turn sells them regionally and across the Southeast. Besides the pandemic-caused drop in sales, the Fountains’ oysters suffered high mortalities.

“I’m fortunate my husband works full time and has a good income so that I’m able to keep going,” Jennifer said. “If this were our livelihood, I don’t know how we would have made it.” 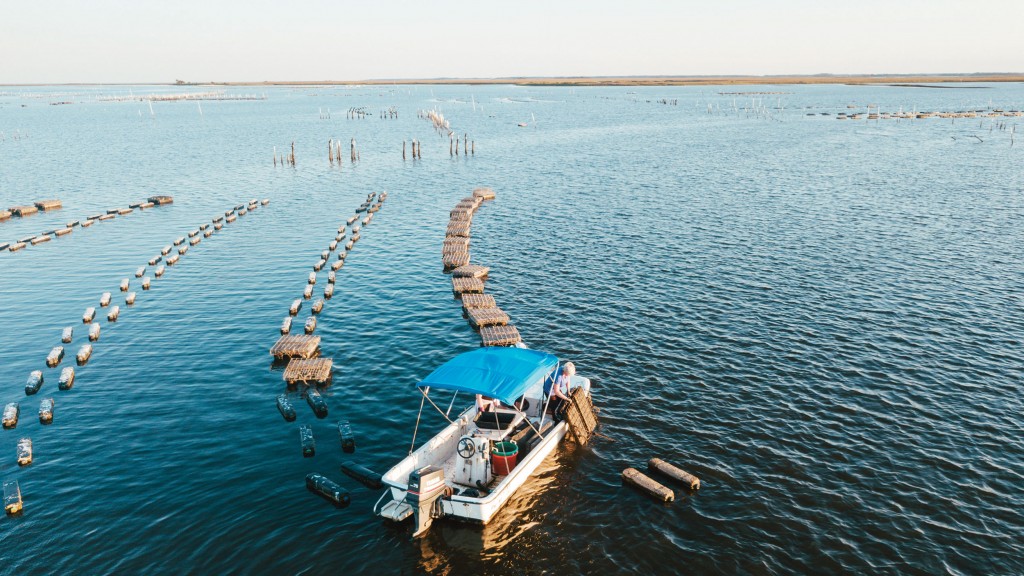 Keller tends to the cages used for oyster growing. Oyster sellers, given the pandemic’s impact on bars and restaurants, have resorted to a greater emphasis on retail sales. Photo by Erich Martin

Partners Tim Jordan and Walt Dickson run Saucey Lady Oysters in Panacea. Jordan described their clientele as mostly upper-end bars and restaurants in the Southeast. He estimated that his business has fallen off 50 to 75 percent since the pandemic arrived.

“Before, we were selling 20,000 oysters weekly,” he said. “Now we’re doing about half.” His company is trying to find the key to selling directly to customers. “It’s something we’re pursuing. We know the market’s there. We just haven’t hit the right combination.”

“We’re not doing great, but we’re doing good enough, considering the circumstances,” Sassor said. When the lockdown dried up their regional and out-of-state wholesaling, Sassor said they switched to retailing via social media.

“Customers came out of the woodwork,” she said. “Our retail sales went through the roof when our wholesale sales dropped to nothing.” Since then, wholesaling has somewhat rebounded, but nothing like before.

Jeff Tilley and son Reid own Oyster Boss, a Sopchoppy-based operation whose customers span the Southeast and include New Orleans. The week the restaurants and bars closed, Tilley had 30,000 oysters ready for delivery. Faced with a potential disaster, he switched to retail, cut prices and began advertising on social media.

“The long and short of it is that we sold all 30,000, and by the following week, we were back in production,” he said. Sales have since normalized. “I’ve maintained a healthy balance sheet by finding creative ways to bring our products to buyers,” Tilley added. He’s also diversified into selling crawfish and wild-caught shrimp and oysters.

“I want to be the Walmart of Sopchoppy,” he said, laughing.

Portia Sapp heads the aquaculture division at the Florida Department of Agriculture, which oversees the industry. She notes that shellfish farmers face additional marketing hurdles because of stringent state requirements to ensure consumers’ safety. “There are many extra safety protections in place for shellfish that don’t apply to other commodities,” she said.

Notwithstanding the obstacles and setbacks, Sapp said the industry is thriving. “It’s rapidly growing,” she said. “Every year, there’s more interest and new areas developed.”

Oyster farmers relish the independence and entrepreneurial challenge. The work, they also say, keeps them fit and healthy, and the sunrises and sunsets on the water can’t be beat.

Getting Beef to Market