Toward the end of his 10-year stint as a research faculty member at the National High Field Laboratory managed by Florida State University, Jeff Whalen attended trade shows and conferences related to magnets and magnetic supply chains and made a troubling discovery.

First casually and then intentionally, Whalen asked science entrepreneurs and other conference attendees if they were aware of the MagLab. Eventually, he had spoken to representatives of some 200 organizations.

Fully half did not know of the lab. And, among those who did, Whalen discovered a reluctance to interact with the research facility.

That reluctance, he would discover, was attributable to three reasons.

Foremost among them was an unwillingness to negotiate intellectual property with a university. Additionally, long timelines associated with getting agreements done were a deterrent for those who had attempted negotiations. And, there was the perception that nobody at the university wanted to talk business; they just wanted to do science.

Whalen’s survey work led him to build the model for MagCorp, a business that is serving as a bird dog and a catalyst for innovation by removing barriers that had long separated the MagLab and the commercial sector. Central to that model is a master agreement that provides a formula for intellectual property sharing and knocks down bureaucratic hurdles.

“Standardization enables us to be upfront and transparent with everybody involved,” Whalen said. “This is the way it’s going to be, this is your piece of the pie. If you don’t like the terms, let’s talk about them now, not after we have cooked the pie.”

Before MagCorp was established, Whalen sought feedback about his business model from fellow MagLab employees, university officials and the director of the MagLab.

“I went to companies and I asked, ‘Will this get you to the table and get you to talk to us about doing partnerships for new tech development?’ And they said, ‘Yeah, that seems pretty fair.’ ”

Buoyed by consistently encouraging words from several sources, he carried on. It took two years, but FSU signed off on the agreement in December of last year.

“I got to the point where I could empathize with the organizations that talked about long timelines,” Whalen said.

Along the way, the university retained an outside expert who was tasked with finding out whether any precedents for such a university/commercial sector agreement existed.

“That’s what makes us so excited about it,” Whalen enthused. “This is an opportunity to put FSU on the map, to put Tallahassee on the map and to put the state of Florida in the foreground.” 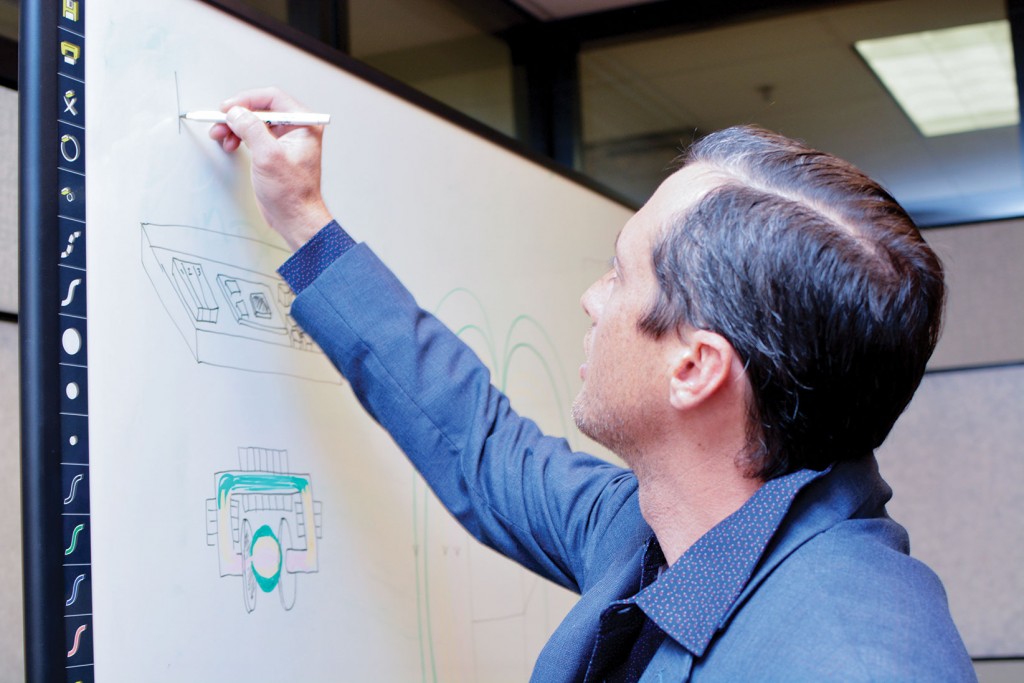 Jeff Whalen holds a doctorate in chemistry, has worked as a researcher and has founded businesses. In addition to his duties as the director of MagCorp, he is a member of the teaching faculty at FSU’s Jim Moran College of Entrepreneurship. Photo by Lindsey Masterson

Whalen brought on Lezlee Richerson, who was working in research administration at the MagLab, as a MagCorp co-founder.  Today, she is MagCorp’s general manager.

Eight months later, “with a little bit of convincing,” Whalen, who is MagCorp’s director, added a third co-founder, Abby Queale; she is MagCorp’s CEO and chief legal counsel.

Queale had been working as FSU’s patent attorney and managed the MagLab patent portfolio in the Office of Commercialization. In her role as someone working in both legal and technology transfer, she had witnessed the problems documented by Whalen’s survey work.

“If you were on the outside in industry, you would call somebody at FSU, and if you were lucky, you got to the right person for what you wanted,” said Queale, explaining that one office negotiated non-disclosure agreements and intellectual property licenses, while a foundation negotiated research agreements and received payments for research and licensing royalties.

Callers felt that they were up against a crapshoot.

When Whalen shared his model with her, she thought it “genius.” 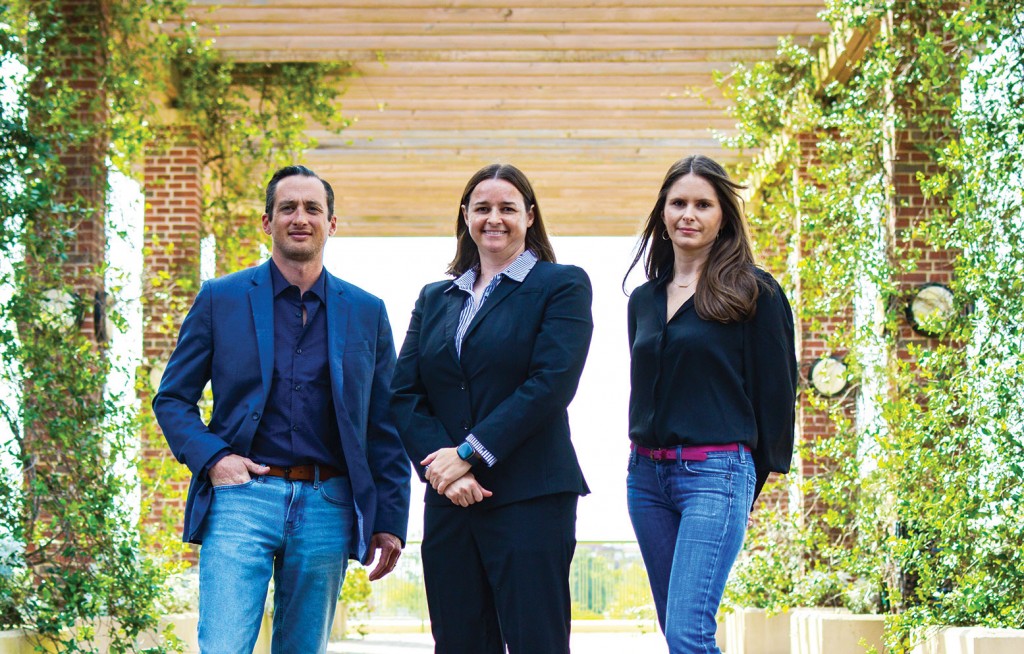 The agreement unites a university accustomed to receiving multi-million-dollar, multi-year grants with high-risk, entrepreneurial businesses that would prefer to move quarter to quarter, accomplishing one step at a time.

Said Queale, “When things don’t go right, it allows them to fail small.”

“The legal definition for a patentable invention is something that is new and useful,” Queale explained. “The MagLab is out of this world when it comes to the ‘new’ part. That’s what the National Science Foundation funds them to do, make discoveries.”

But pairing those discoveries with real-world uses was often a challenge.

“It’s not easy when you are in the blue sky and you are dealing with the equivalent of making a Mars rover, and that is what they are doing over there. It’s the National MagLab, it’s not NASA, and you don’t see a landing on TV, but they are doing work of equal magnitude in their field.”

Industries not at all concerned about how their products might fare in a 45-tesla magnetic field are good about supplying the “uses” part.

“The MagLab is the bejeweled crown, and MagCorp is like a little jewel on the crown,” Queale said. “We are a catalyst that enables innovation to happen.”

“We don’t want to be so broad as to build our own brick-and-mortar facility and staff it with our own scientists,” said Whalen, who in addition to his role at MagCorp, is a teaching faculty member at the Jim Moran College of Entrepreneurship. “Instead, we have an army of contracted subject matter experts — 15 or 20 research faculty from the MagLab and another 10 from various university departments and industry.

“A lot of the project management we do is pulling together the proper SMEs.”

Whalen departed South Florida in 2001 to attend FSU. Eight years later, he had earned a doctorate in chemistry.

“In the 20 years that I have been here, I have seen the city undergo a lot of transformation,” Whalen said, “and today we are in the best spot we have ever been in. The energy around our entrepreneurial ecosystem rivals anything you can get anywhere in the state.

“The MagLab has the largest concentration of magnet scientists under one roof and welcomes more visiting scientists each year than any other facility in the world. Tallahassee is coming out of an adolescence and realizing that we have a lot going for us here.”

Queale summed up MagCorp’s role in Tallahassee’s maturation process: “We want to put the expertise and infrastructure at a world-class research facility here in Tallahassee to work for industry throughout the world.”