Bureaucrats, beware. Citizens, rejoice. DMV lines, disperse. The robots are coming, and they just might get your tags renewed before lunch. At least, that’s the upshot of a new report from insights and advisory firm StateUp, which paints a rosy picture for the global GovTech industry.

Investors have pumped nearly $700 million into the sector since last year, according to the report. This influx of capital represents a seachange for an industry that investors have traditionally viewed with skepticism.

That wariness is dissipating now, as governments rush to digitize their operations in response to the COVID-19 pandemic, and investors reach for civic-minded deal-flow after a year of political and social unrest.

Worldwide, governments are expected to spend more than $450 billion on information technology in 2021, according to Gartner.

More than $112 billion of this spending is expected to go toward software. That’s an 8.2 percent increase over the prior year — and a good indication that the landscape is shifting.

Tallahassee, the seat of government for one of the nation’s most populous states, is home to a small but impressive list of startups that are poised to benefit from these trends.

Government is an enormous market, and there is a significant upside for entrepreneurs who can gain a foothold. That said, finding such traction can be difficult.

Government sales cycles are long, procurement processes are byzantine and payoffs can be uncertain. Success in this space has traditionally demanded what’s known as “patient capital,” and venture capitalists are not known for their patience. Perhaps that’s why the majority of GovTech firms are still privately held.

One of these firms, Tallahassee’s Municode, offers a master class in the virtues of patience. The company was founded by George Langford in 1952, long before the term “venture capitalist” had even been coined.

Langford stormed the beaches of Normandy during World War II before obtaining his law certificate from the University of Virginia. After graduation, he took a job with a legal publishing company, where he stumbled onto his first invention: a smarter way of binding codes of ordinances.

Realizing the idea had potential, Langford struck out on his own. He put 100,000 miles on his Oldsmobile, traveling from town to town soliciting new business. His very first client was Leon County. Today, the company serves more than 4,200 local governments in all 50 states. 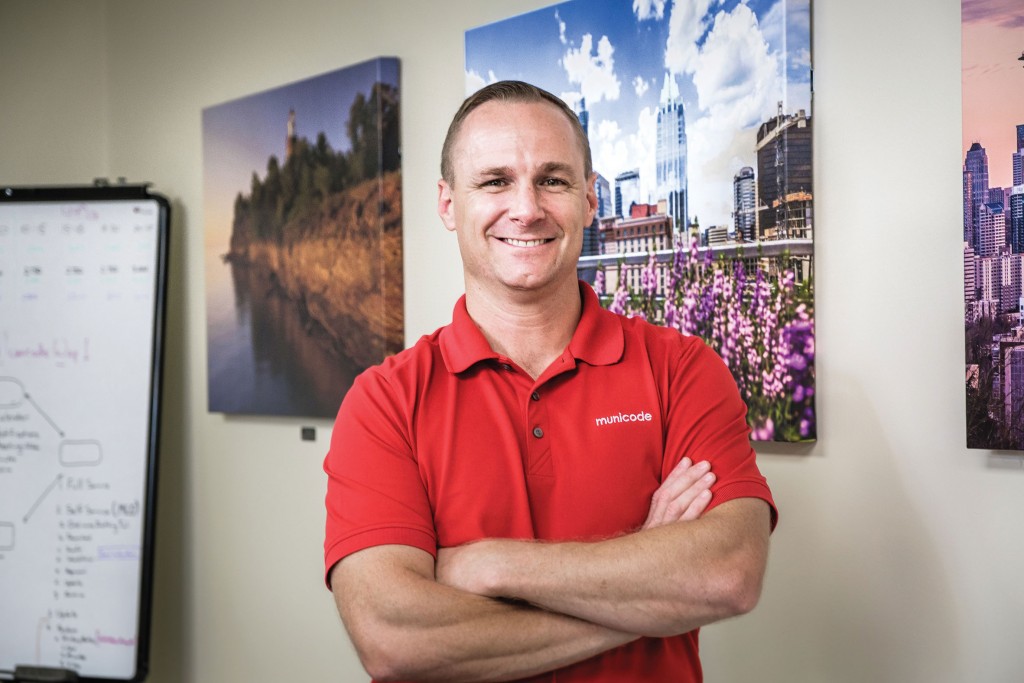 “My dad (who sits on Municode’s board) calls us a 70-year-old startup,” CEO Eric Grant said. “We were the second internet connection to Tallahassee, and we were the first company to put city codes online.”

Municode has continued to evolve in the years since they moved their codebooks onto the web.

“About five years ago, we started looking at the landscape from a broader perspective than just codification,” Grant said. “We started at our roots and asked ourselves what our founder’s life work really was. And that was to strengthen democracy.”

With this insight in hand, Municode began acquiring other GovTech startups in 2014 and integrating them into a new, unified offering called the “Circle of Governance.”

Municode acquired four companies in as many years, expanding their core offering into web development, document management and government meetings. Grant said Municode was actively seeking new acquisition targets and considered “about 100” such prospects each year.

“The trust we’ve built over the last 70 years enables us to continue offering new services to our clients,” Grant said. “It allows us to have that conversation.”

An Industry Built on Trust

The importance of trust is also top of mind for Mindy Perkins, CEO of Tallahassee-based election software provider VR Systems.

“A lot of the elections community relies on trust,” Perkins said. “It’s all about relationships and the history you’ve had with your existing customer base. Even though there are thousands of election officials, it’s a small community. They see how their vendors are providing products and services to them. A lot of it is word of mouth.”

VR Systems was founded in 1992 by Jane and David Watson. Perkins, their very first employee, was hired in 2001.

“The election offices here in Florida were very much underserved when we started,” Perkins said. “They were still using DOS.”

The Watsons recognized the potential for software to streamline this work. Their first product was an electronic voter registration system. Today, the company offers a full suite of related software and hardware products — from custom websites to e-learning software for poll workers to ballot printing.

“The one thing we don’t do is count the votes,” Perkins said.

The company is looking to expand into several new states, though Perkins said the patchwork nature of election laws meant the company had to do so very thoughtfully. 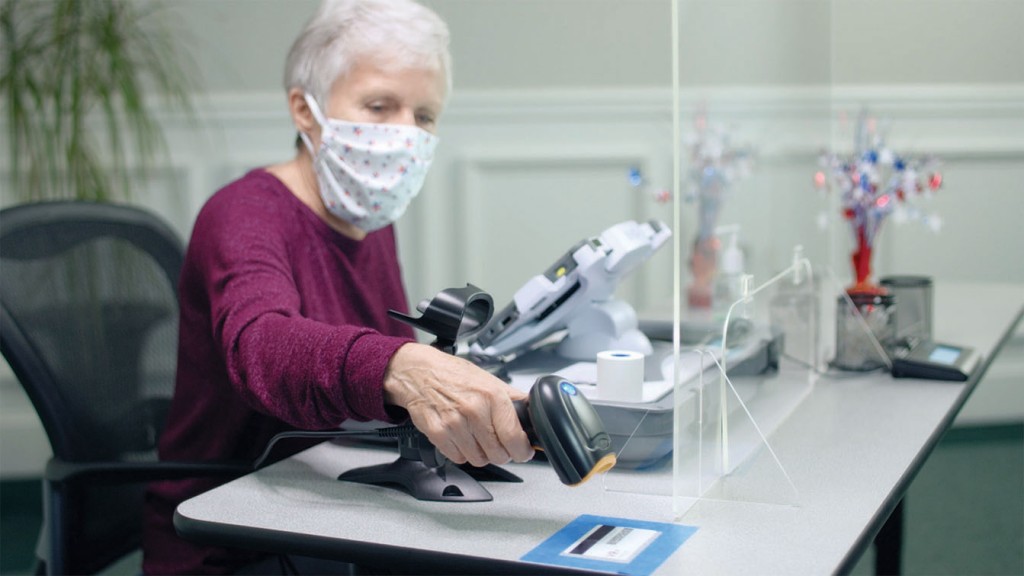 VR Systems, a provider of elections software, including scanning applications, succeeds by earning the trust of officials, according to CEO Mindy Perkins. Photo courtesy of VR Systems

“We’re very strategic about the states we target,” Perkins said. “We have to understand the requirements ahead of time — who’s buying the system and what their needs are. In some locations, primarily the Northeast and Midwest, it is a municipality that runs elections. In Florida, it’s counties. In Georgia, the election officials are in the counties, but they use state products. It really varies depending on the laws in each state.”

In addition to a complicated sales process, VR Systems and other GovTech firms must contend with an increasingly treacherous cybersecurity landscape.

Perkins knows this all too well. VR Systems was targeted by Russian military hackers on the eve of the 2016 presidential election. A leaked NSA document outlining that operation was published by The Intercept in 2017 and resulted in a bevy of bad press for the company.

The document suggested that at least one computer belonging to a VR Systems employee had been compromised and that the Russians had used this beachhead to send emails containing malware to more than 100 election officials. Perkins was quick to dismiss these reports as “misinformation.”

“We were a target of foreign actors,” she said, “and that’s all it was. Many have been targets for many, many years, and our name was in a document that was shared in a manner that it wasn’t supposed to be.”

Perkins said the company has used the episode as an educational opportunity for customers and a chance to advocate for increased coordination among federal officials, election supervisors and government contractors on matters of cybersecurity.

“Security was something on which many in the election industry were focused,” she said, “but it wasn’t something people talked about. VR Systems has been helping lead the way in that since 2016. Not only are we more secure now, but the elections system is more secure, as a whole.”

Despite the high stakes, Perkins and Grant both said working in GovTech offered unique advantages — customer retention being near the top of the list.

“If you provide a great product and great service and take care of these customers, they will remain extremely loyal,” Grant said. “Our retention rate is over 99.9 percent. That’s remarkable.” Perkins agreed.

“We have annual contracts,” she said, “so, theoretically, a customer could halt doing business with us. There are other vendors to choose from. We’re not the only one, but it is a complicated process to switch to a new vendor.”

In addition to being very loyal, Grant said that governments were also just very good customers.

“Governments are honest,” he said. “They pay their bills. They have taxing authority, so when you deliver a product to them, you know you are going to get paid.”

And, then, there are the intangible benefits.

“When you are helping a local entity, you really are purpose driven,” Grant said. “You’re doing something bigger than yourself. At any given time, if you were to add up the number of citizens who are able to access the law through our products, it is well over 200 million.”

With strong tailwinds in the GovTech sector, both Grant and Perkins see ample room for growth.

“I’m extremely bullish on the GovTech space,” Grant said. “There are well over 25,000 local governments in the United States. The green space out there is just enormous.” λ