Gadsden County is Home to Industrial Sites in The Making

Seventeen years ago, Anderson Columbia Co., one of the largest highway construction firms in the Southeast, determined that it might be a good idea to develop the 191 acres it owns in Gadsden County near the confluence of U.S. 90 and Interstate 10 as an industrial park.

A conceptual subdivision plan and preliminary plat were approved in 2001 and 2002.

But a consequential thing happened on the way to project realization: The bottom of the economy dropped out.

“We really weren’t seeing much in the way of activity,” said Brian Schreiber, Anderson Columbia’s chief financial officer, from his office in Lakeland. Accordingly, the company suspended efforts to arrive at final project approval.

But in 2016, “we started to receive a few inquiries about our Gadsden County parcels,” Schreiber said, “and figured that it was time to go ahead and pick the project back up.”

Doing so meant starting back at the beginning.

The approvals gained in 2001 and 2002 had expired because the plat approval process had not been completed.

So it was that Anderson Columbia was back in front of the Gadsden County Commission in November 2016.

In June, Anderson Columbia gained plat approval from the county’s planning commission, and County Commission approval was obtained in July.

Already, Anderson Columbia has a presence at the future park in the form of an aggregate materials yard operated by subsidiary Junction City Mining.

Roadways and stormwater improvements were constructed at the park site in 2008 based on the approvals that were in place at that time.

“We have been marketing the park, but not aggressively,” Schreiber said.

That effort is likely to be stepped up given plat approval, and Schreiber anticipates that the Gadsden County Development Council will become involved in spreading the word about the park.

“It’s possible that we will have helped the council by developing another well-positioned site that they can talk to prospects about,” Schreiber said. 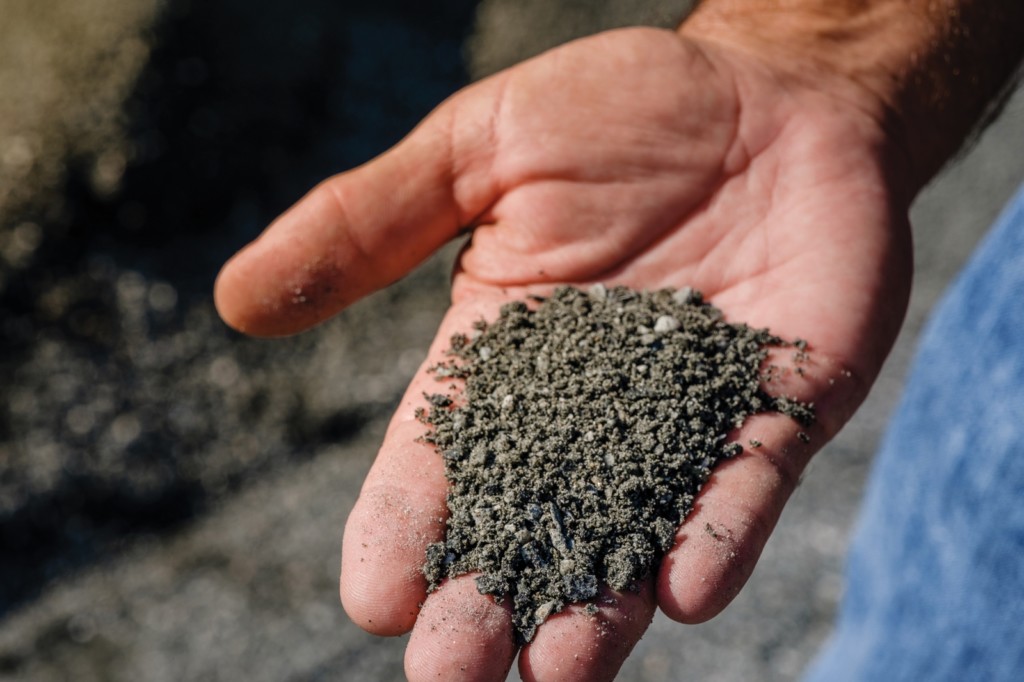 Junction City Mining deals in road-building materials at the site of a planned industrial park. Photo by Saige Roberts

The park property lies within a Development of Regional Impact that was adopted in 1987 and allows for heavy industrial and industrial uses.

The park comprises 33 lots, but it is hard to say how many businesses may eventually be tenants there because some may occupy multiple lots.

Anderson Columbia will be the park’s sole owner; no public dollars are being used in its development.

Tallahassee developer DeVoe Moore owns 60 acres across Brickyard Road from the Anderson Columbia property that are well-suited for an industrial park.

At this writing, however, Moore is undecided about whether to sell the property, located near Four Star Freightliner’s new Gadsden County operation, participate in a joint venture or develop the property himself.

Gadsden County is approaching something of a gracious plenty of business parks.

The Development Council on its website lists five parks “including lots zoned for both heavy and light industry, commercial and office uses and warehousing.

Together, these parks have the infrastructure in place to support manufacturing, logistics and distribution operations, food production and many other businesses and industries.”

Of the five parks, two are located just off I-10 in north-central Gadsden County — Gretna Industrial Park and Quincy Joe Adams Commerce Park. One, the Gadsden Commercial Exchange, is located just west of U.S. 27 in Havana.

Two are accessible from the Interstate 10 and Midway interchange — Gadsden 10/90 and Hammock Creek.

In addition, Gadsden County is a leading participant in Florida’s Strategic Sites Inventory program, having identified 20 future large-acreage industrial sites ranging in size from 200 to 1,500 acres.

These sites have passed stringent suitability modeling and are proximate to Florida’s Strategic Intermodal System (SIS) assets including an interstate highway, four-lane highways, rail and ports.