Millville’s paper mill is an economic engine for the community 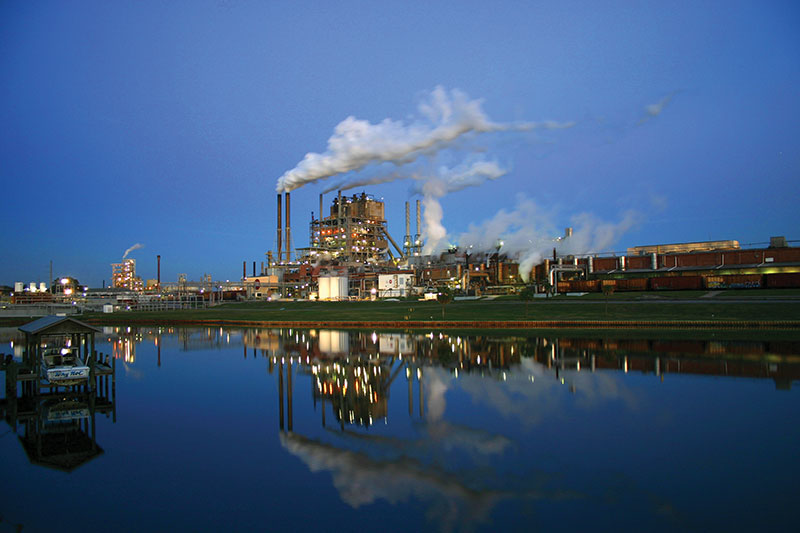 At the outskirts of Panama City, what was once the thriving center of commerce in Bay County — and a true frontier area for Northwest Florida — is now a blighted community, outshined over the decades by nearby Panama City and Panama City Beach. As de-industrialization slowly led to business closures, a changing population and economic restructuring in Bay County, historic Millville’s less glamorous economic contributions have not been as vigorously touted as those in other parts of the county.

Throughout its 82 years, the Millville paper mill, now under the ownership of the RockTenn Co. based in Norcross, Ga., has had its fair share of owners, starting with the International Paper Co., which built the paper mill in 1930. Southwest Forest Industries bought it in 1979, Stone Container Corp. purchased it in 1987 and merged with the Jefferson Smurfit Corp. in 1998 to make Smurfit-Stone Container Corp., which filed for Chapter 11 bankruptcy protection in 2009. RockTenn purchased the mill from Smurfit-Stone in May of 2011.

With approximately 240 facilities in the U.S., Canada, Mexico, Chile, Argentina and China, RockTenn, a Fortune 500 Company, has about 26,000 employees, 475 at the Millville plant. RockTenn is the largest paper recycler, largest display manufacturer and largest preprint linerboard producer in North America.

At a level of more than 8 million tons annually, it is also the second largest producer of containerboard in North America. The Millville plant produces both an unbleached kraft linerboard, which is used in the manufacture of cardboard boxes, and fluff pulp, which is used as the absorbent material in diapers and many other hygiene products. The plant runs 24 hours per day.

During the papermaking process, whole logs are debarked and converted into chips of the appropriate size. The chips are cooked in vessels where chemicals and steam are added to remove the lignin and other components. The resulting pulp is washed and refined to the proper consistency through different steps in the process. From there, this stock which is 99.5-percent water  is sent to the paper machine where it is dewatered and dried. “Many parameters are controlled to meet the customer’s specifications on the basis of weight, moisture and strength,” RockTenn General Manager Pedro Fuster says. The resulting product is converted into rolls of different sizes depending on what the customer needs.

“Additionally, the byproducts generated from this process are reused internally as fuel or for sale to other customers,” Fuster explains. “As a result of this, over 70 percent of the electrical and thermal energy used in the Panama City (Millville) mill is internally generated and comes from renewable (bio-fuel) resources.”

The trees come from privately owned local tree farms within a 150 mile semi-radius of the plant, mainly because it’s economical and efficient.

The plant contributes more than $200 million per year into the local economy, according to Economic Modeling Specialists Inc., a research firm that studies market trends and workforce development.

Since purchasing the plant more than a year ago, RockTenn has neither hired nor laid off any workers and is investing money to improve the plant. “RockTenn is committed to quality, reliability and providing low-cost products to our customers,” Fuster says. “We believe that investing in our facilities helps us achieve those goals.” The company has committed more than $500 million to capital projects in 2012. Last year, the paper mill spent more than $17 million in safety, environmental, quality and infrastructure improvements.

Frances Markham, chair of the Millville Community Alliance and lifelong Millville resident, recalls that the paper mill has always been a valuable and important part of the community. “We have a fantastic relationship with them,” she says. “They bend over backwards to make sure we’re informed about repairs and to be community friendly. And RockTenn has supported us financially as much as they could. They are fantastic.”

Though its distinctive gaseous scent wafts over much of southeast Bay County, the sulfuric smell — a result of the pulping process — is harmless, according to the U.S. Environmental Protection Agency.

One of the customers purchasing the mill’s byproducts (called Black Liquor Soap, a co-product of the kraft pulping process used by RockTenn) is nearby Arizona Chemical, a chemical plant that processes the byproducts to then sell to companies that produce tires, lubricants, adhesives, road marking, fuel blends, food additives and common household products, including shampoo. “We have a tremendous impact economically,” says Plant Manager Michael Osborne of Arizona Chemical, which employs 190 people in Panama City, about 1,000 worldwide. “We purchase some of our materials locally, pay a large amount in taxes, and eat and dine locally.”  Many of Arizona Chemical’s employees live within a five-mile radius of the plant.

While Bay County is known for its bustling tourism industry and thriving military presence, industry still plays a large role as well. Says Fuster: “This is our home and we’re committed to helping make Panama City a great community.”